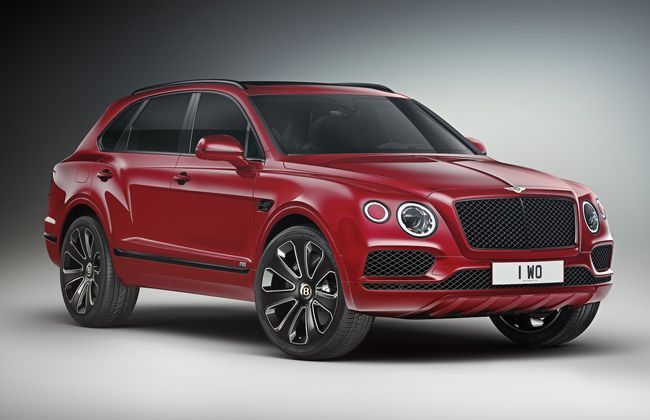 KUALA LUMPUR: Popular British auto giant, Bentley has revealed the Bentayga V8 Design Series. It is based on its luxurious SUV, Bentayga V8. As the name suggests, the Design Series model is all about the new styling on both inside and out. Moreover, some new interior materials are also added to this special edition model.

The new Bentayga V8 Design Series features a Blackline package. The twin gloss black tailpipes and a body-colored lower-apron come under this package. The model gets the Design Series badge, which is located on the lower front doors. The car rides on the seven-spoke Mulliner Paragon wheels, which feature dark metallic Palladium Grey paint job with polished accents. These also feature a Mulliner Self Levelling Wheel Badges.

The car comes with an elegant interior, it showcases a Beluga main leather upholstery. There are four theme options including Mulliner White, Orange, Klein Blue, and Pillar Box Red. The new car comes with a new contrast accent design line, which can also be found on the lower areas of the dashboard and the console.

The doors and the dash get the carbon-fibre trim, while other areas get the piano black treatment. There is a diamond-jewelled Breitling clock on the dash. Moreover, the drilled alloy sport pedals, deep-pile floormats also have the color-contrast piping, which are the notable final touches to be mentioned.

The powertrain remains the same as the 4.0-litre twin-turbo V8. It is capable of providing a maximum power of 550 PS, while the peak torque sticks at 770 Nm. The engine is paired with an eight-speed automatic transmission and features an all-wheel-drive.

The British manufacturer has not revealed the pricing details of the Bentayga V8 Design Series models yet. While it is expected to cost high considering the exclusive additions.