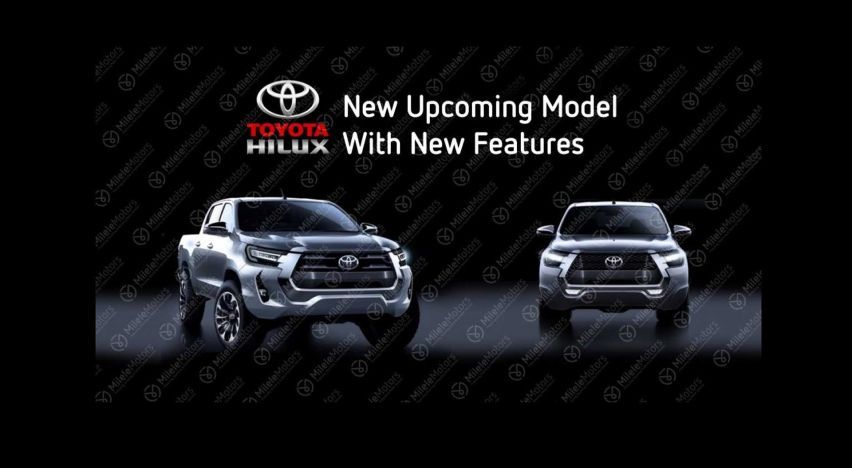 KUALA LUMPUR: Amid the worldwide Covid-19 outbreak, the updates about the new car launch delays are coming from all the world’s major car manufacturers. And, here one more is added in this list - 2021 Toyota Hilux facelift.

The updated pick-up truck was initially scheduled to go into production in Thailand within the next few weeks and was supposed to launch in Australia sometime in July. But the reduction in vehicle sales for the past few months due to coronavirus changed the scenario.

As per the reports of Car Advice, the Toyota dealers in the country are asking the automaker to delay the launch because they are not sure about the recovery of the new car market. The report further states that if the firm brings a new model too soon, the sales of the runout model will be hampered.

At this time, Toyota dealers estimate the refreshed Toyota Hilux could arrive in Australian showrooms in September or October, but a date has not yet been finalized.

The 2021 Toyota Hilux is basically a second revamped version of the eighth-generation pick-up truck. Most of the changes are aesthetic, comprising a new, bolder face with redesigned headlight clusters, a stronger chin, and new taillights.

Inside the cabin, the refreshed Hilux will get a newer infotainment system with Apple CarPlay and Android Auto connectivity features, as per Car Advice. Moreover, the Toyota Safety Sense system equipped Hilux is also expected in more markets, as it already comes as a standard feature in Australia. The safety suite covers AEB with pedestrian detection, traffic sign recognition, adaptive cruise control, and much more.

On the mechanical side, the ongoing engines are likely to see the revisions in the form of higher output levels, as well as a solution for particulate filter clogging issues. However, this is mainly for those countries which have that filter; well, in Malaysia, no such filter is there.

The shown images are the leaked images that were published by a website, Milele Motors, last month. However, it is still not clear whether these were computer-generated illustrations or the real one. For more on this and other automotive news, keep following Zigwheels Malaysia.