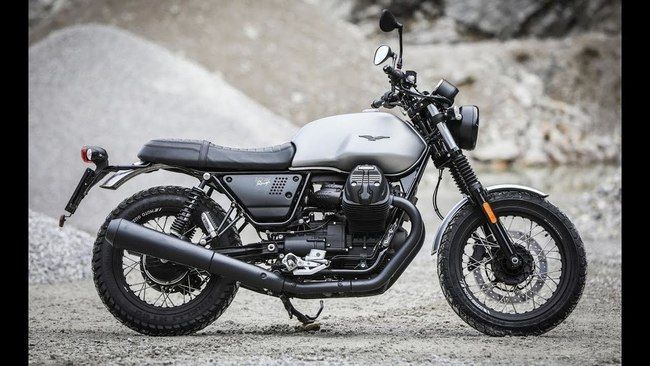 After a series of motorcycles from the V7 III’s lineup already been launched in the country, the new Moto Guzzi V7 III Rough becomes the sixth iteration to make its way to Malaysia. Prior to this, the models available in the market include Special, Stone, Racer, Anniversario and the recently launched Carbon. There are two more models, the Limited and Milano that are yet to be launched in Malaysia.

The V7 III Rough gets a minimal design language, with red premium accents on the black seat, silver treated fuel tank and aluminium polished front and rear fenders. The forks get classic dust gaiters as a protecting covering. Complementing the aluminium finishes are the black-coated handlebars, headlamp nacelle, single-sided swingarm and engine.

Adding a dash of style are its spoked wheels that are shod with knobby tyres, capable of conquering surfaces of different types. It can serve as an ideal companion to your light off-roading experience as well.

The bike is suspended on the dual Kayaba shock absorbers at the rear and telescopic forks at the front. The rider sits 770 mm high, which makes it convenient for riders of varied heights. Despite being an entry-level motorcycle, the Rough boasts features like dual-channel ABS and a two-level Moto Guzzi Traction Control (MGCT).

It also gets an optional Moto Guzzi Multimedia Platform that lets the rider know more about the motorcycle by connecting the smartphone via an app. Though the single dial gauge looks classic in design, it provides all the essential readings to the rider, including trip time, odometer, gear position, daily trip odometer, average speed, fuel consumption (average and real-time), average speed and MGCT level.