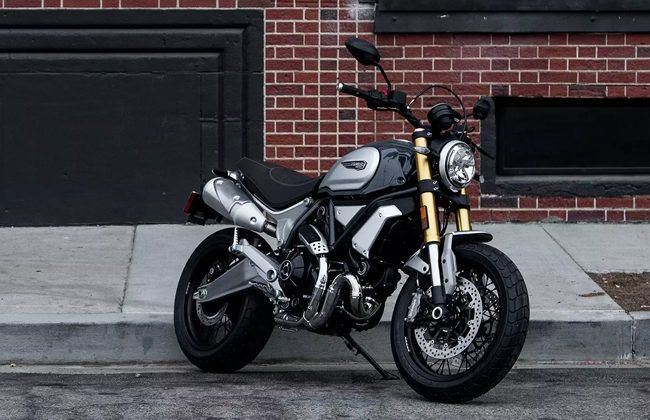 The Scrambler 1100 was earlier showcased at the EICMA show last year where it earned a lot of praise from auto enthusiasts. The bike is almost all-new and not just an enhanced version of the Scrambler 800.

It tips the scale at 206 kg, which makes it 20 kg heavier than its smaller 800 cc counterpart. Additionally, it gains 1.5-litres of fuel tank capacity, now comes with a 15-litre setup. The seat height sees a variation of 20 mm, which now sits taller at 810 mm. The wheelbase has also been increased by 69 mm, now measures 1,514 mm.

For braking, the entire range gets a similar setup, that is a 320 mm twin discs with Brembo Monobloc M4.32 at the front and a single-piston calliper 245 mm disc at the rear.