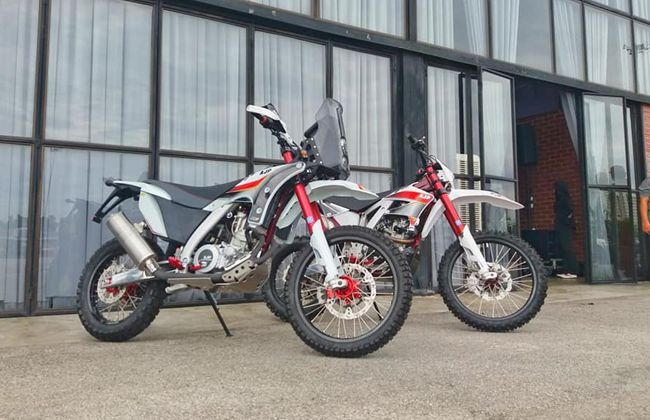 KUALA LUMPUR: AJP Motors is now in Malaysia, and the brand has brought with it two new bikes- PR5 250 and PR7 600 Adventure bikes. To recall, the company was formed in 2015, and after one year it announced AJP SEA Sdn Bhd as its sole distributor.

Starting with AJP PR5 250, it is available in three variants that include PR5 250 Enduro, PR5 250 Supermoto and PR5 250 Extreme. All the three bikes are equipped with a single-cylinder 250 cc SOHC liquid-cooled engine. It is capable of delivering a maximum power of 30 hp, while the peak torque sticks ar 27 Nm. The power is sent to the ground via a six-speed manual transmission.

The bikes have a set of ZF Sachs package that includes 48 mm front fully-adjustable forks along with 300 mm of travel and rear progressive system with reservoir. As for the braking, there is a single 260 mm disc with 2-piston calliper at the front and a single rear disc of 220 mm with a single-piston calliper for the rear wheel. Also, the Extreme variant has a similar setup but equips 270 mm front disc instead of the 260 mm unit.

Coming to the other coaster, 2019 AJP PR7 600 Adventure is powered by a single-cylinder 600cc DOHC liquid-cooled engine, which is capable of churning out a maximum power of 60 hp. The bike has a ZF Sachs suspension package, which includes a fully-adjustable fork of 48 mm at the front and a rear progressive system with reservoir.

To slow things down, the bike has a disc brake system. It consists of a 300 mm disc with 2-piston calliper at the front, while the rear wheel has a 240 mm disc having single-piston calliper. Dimension wise, the bike has a seat height of 920 mm, and the ground clearance is 320 mm. Moreover, the two-wheeler is built on a 1540 mm wheelbase.