Amidst the Coronavirus (COVID-19) outbreak, lighten up your work from home with motorcycle cinema 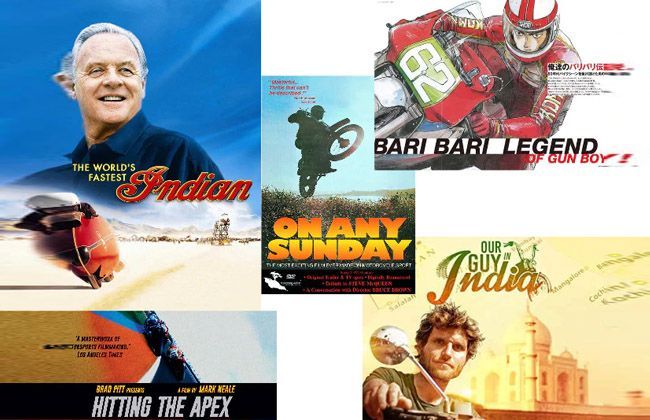 The COVID-19 outbreak has given the whole world a big setback, hasn't it? With almost 250,000 positive cases and over 10,000 deaths, the virus isn't sparing anyone coming in the way. With that understood, most offices from around the world have allowed their employees to work from home in order to curb the spread of the virus. And, in case you're also one of the many working from home, it might just be becoming boring and tiring at times, right? Hence, here we bring the top five motorcycling movies to watch and brighten up your mood. Here we go:

Portraying the stories of six of the fastest riders from around the world including Valentino Rossi, Casey Stoner, Jorge Lorenzo, Dani Pedrosa, Marc Marquez, and the late Marco Simoncelli, "Hitting The Apex" has Brad Pitt narrating the stories in the movie. The cinema reveals the stories behind the 2013 and 2014 seasons of the MotoGP and also incorporates the day Simoncelli lost his life. Moreover, the film has been organized by none other than MotoGP commentator Mark Neale. Just in case it matters to you, the movie "Hitting the Apex" flaunts an 8.4/10 rating on IMDb, which is another testament of the fact that it is one motorcycling movie you shouldn't miss.

Our Guy In India

Boasting a rating of 8.0/10 on IMDb, "Our Guy in India " is a documentary that covers Guy Martin, a truck-mechanic-turned-Isle-of-Man-TT-racer, doing a 1000 mile motorcycle trip across India. Guy Martin rides a Royal Enfield Bullet, gets up close to the Indian tradition & customs, and covers the route of Delhi to Goa. The mini-series came out in 2015 and featured two episodes.

If the Honda CB750, the Suzuki Katana, and anime are things you like, you better be watching "Baribari Densetsu" during your work from home ASAP. Created by Shuichi Shigeno, the story revolves around four high school seniors who wish to become professional motorcycle racers. In order to hone their motorcycle racing skills, the four lads race on the mountain roads at night. Also, the movie packs in some interesting high-school rivalry and much more.

One of the more popular and proclaimed motorcycle movies, "The World's Fastest Indian" represents the story of Burt Munro (Sir Anthony Hopkins), a New Zealander who built a speed monster based on a 1920 Indian Scout and took the Bonneville Salt Flats by storm in the year 1967. Even though Munro was diagnosed with a heart condition, he was still allowed to run his garage-built streamliner on the salt flats of Utah. The movie has got Anthony Hopkins playing the character of Burt Munro and flaunts a rating of 7.8/10 on IMDb.

"On Any Sunday" came out in 1971, an era when bike riding was not really considered to be a righteous act. The movie featured various motorcycle racers, racing enthusiasts, and even Steve McQueen, an actor who was just as good a rider as well. Furthermore, the "On Any Sunday" circles around the question "Why do they do it?" to give the viewers an insight into what makes motorcycle racers and racing enthusiasts put everything on the line just for some adrenaline rush. The movie has been narrated by Bruce Brown and features helmet-mounted camera-shots, proper dirt track riding, and so much more.

So, during this work from home period, charge the batteries of your smartphone, tablet, laptop, or whatever you like to watch movies on and give a shot to the abovementioned movies and documentaries. We bet you’re in for some real fun.

Also Read: COVID-19 effect: List of OEMs who declared shut down till March 31