New Ducati Multistrada 950 S to be launched in early 2019 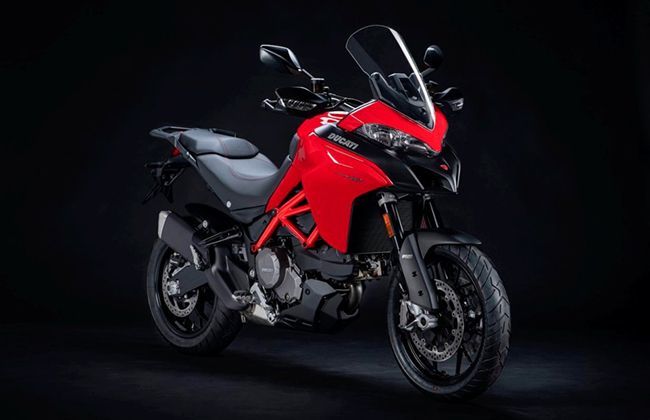 KUALA LUMPUR: Ducati has revealed an updated ‘S’ version of the Multistrada 950 besides the launch of its new models - the Hypermotard 950, the Panigale V4 R and the Diavel 1260. The new Multistrada 950 S has received multiple tweaks to make it a better motorbike than before.

Few remarkable changes have been made in terms of styling. The two-wheeler now comes with a redesigned fairing along with an LED headlight setup. Similar to the Multistrada 1260, the new bike also features side ‘wings’, which make it more aero-friendly. In addition, the bike comes with a 5-inch TFT colour display. A hands-free ignition system and backlit switchgear controls are the other notable tweaks in the ergonomics department.

The engine remains the same as the Testastretta 11 degree, 937cc motor, while the electronic upgrades enhance the experience of driving. It can churn out a maximum power of 113 PS along with a peak torque of 96 Nm. A 6-speed gearbox remains the same too. Like the Multistrada 1260S and the SuperSport S, the Multistrada 950 S comes with Ducati QuickShift System (DQS), which is bi-directional.

The Multistrada 950 S also gets a hydraulic clutch along with the Bosch Cornering ABS, which are also present on the 2019 Scrambler 800 models.

However, the Multistrada 950 does not have any ‘Enduro’ version till date. The brand-new 950 S comes with optional spoke alloy rims. The expected date of the motorbike’s arrival is the first half of 2019.