Ford Kuga vs. Mitsubishi Outlander: A battle of class and brute with loud sportiness 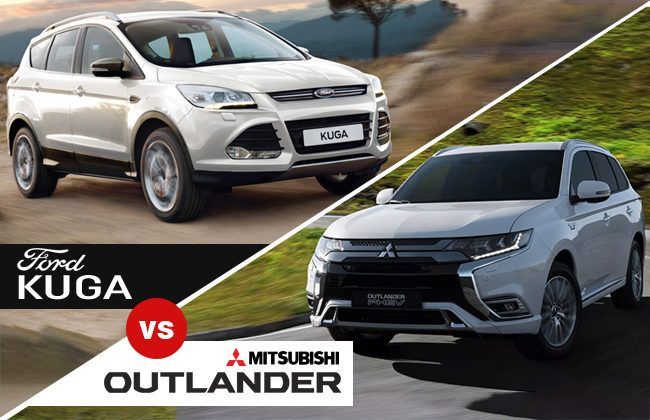 The Ford Kuga has been a long selling car in the Malaysian market. It is retailed by Sime Darby Auto ConneXion, Ford Malaysia distributor. However, though there might be a lot of criticism regarding the popularity of the Kuga, it doesn’t disappoint much, neither with its classic and sober appearance nor with its EcoBoost engine. 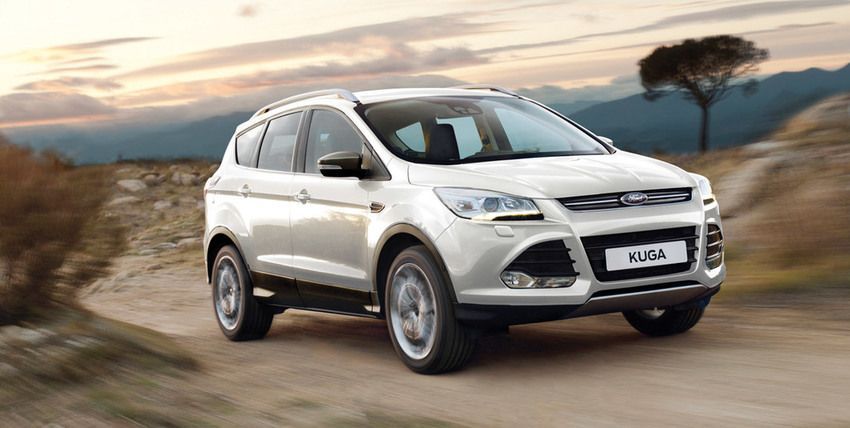 However, it wouldn’t be wise to proclaim that the Ford Kuga is anywhere close to being the numero uno crossover SUV since there is the Mitsubishi Outlander, a very attractive-looking model. The Japanese car is much more attractively designed and would prevail over larger masses with its better design and a competent engine and performance.

But the moment you put the two in competition, the Kuga and Outlander, things aren’t so simple. Let’s get them together and see how they would perform when compared on some important parameters.

How they look on the design front?

The Ford Kuga is much like a sedated, simple SUV. It looks sane and lacks the young blood, which again makes it very versatile. The projector headlamp housings are sweptback and sleek, while there are a few character lines on the bonnet. The roof rails are very prominent, but the round profile wheel arches aren’t.

However, the 17-inch alloy wheels and the thick 235-section tyres add a sporty appeal and increase stability. Power windows are given as standard, and so are the active grille shutters. Moreover, the buyers get front and rear fog lamps given as standard too.

The Mitsubishi Outlander, on the other hand, is a complete contrast over the Ford Kuga. It is less versatile but screams louder. It has a lot of sporty black elements, especially on its chiselled front section. The wheels arches are much more prominent too, thanks to bulked up approach and the greatly sculpted side profile. The lower side skirting adds to the attractive bits.

The projector headlamps are sleeker than the Kuga and look very sturdy too. The 18-inch alloy wheels are better and bigger and are wrapped in 225-section rubber.

The convenience of the cabin

The gets a very plush cabin. The interior gets the anti-allergy attributes as standard. Also, there are rear air-conditioning vents, 10-way power adjustable seat for the driver, etc. The gear knob and steering wheel get leather covers, though there is partial leather on the seats. The interior rear-view mirror gets the auto-dimming feature.

On a similar note, the cabin of the Mitsubishi Outlander is plush too. There is a 7-inch touchscreen infotainment system that gets the Apple CarPlay connectivity. The display also works as an all-around monitor for the system. There is also a sunroof. The automatic tailgate gets anti-pinch function.

The Ford Kuga specs sheet says that it is powered by a 1.5-litre, inline 4-cylinder EcoBoost engine that can churn out a maximum power of 180 PS at 5,700 rpm, while the peak torque lies at around 240 Nm, which comes anywhere between 1,600-5,000 rpm. The power is sent down to the wheels via a CVT gearbox.

The Mitsubishi Outlander specs, on the other hand, loses out slightly on this front. Though it has a bigger 2.4-litre engine, the EcoBoost turbo technology of the Kuga takes it higher. The one on the Outlander makes 167 PS of power at 6,000 rpm, and a maximum torque of 222 Nm at 4,100 rpm. The produced power is sent to the ground via a CVT gearbox.

With the numbers on the spec sheet, the Ford Kuga appears to have a higher grunt from the engine. However, on the high-end run, the two SUVs seem to work on a similar scene as the differences aren’t very significant.

The Ford Kuga and Mitsubishi Outlander may be from the same segment, but they look poles apart. The Ford car looks very sane and meant for the purist, without disappointing the young, while the Mitsubishi SUV is loud on its designing and at every corner. It is also the sportier car, aesthetically.

However, the things in the engine bay speak a completely different story. The Ford Kuga does have a smaller engine, but the EcoBoost (turbocharger) helps it attain greater power and torque. On the other hand, the bigger engine on the Mitsubishi Outlander looks modest on a long expressway stretch. 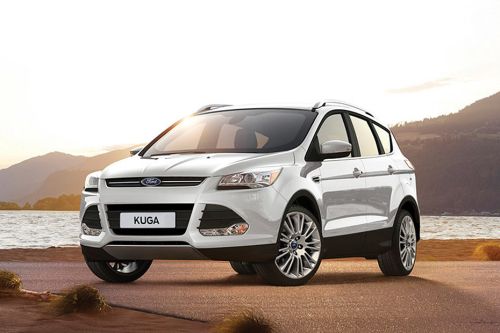 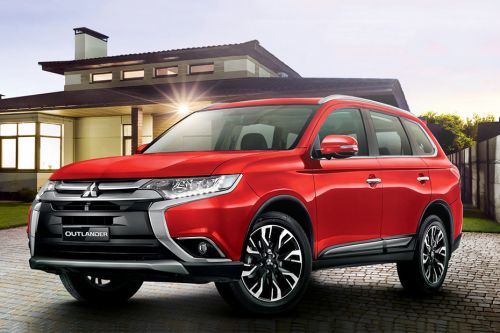