Yamaha Nmax or Yamaha Xmax: Which one to buy? 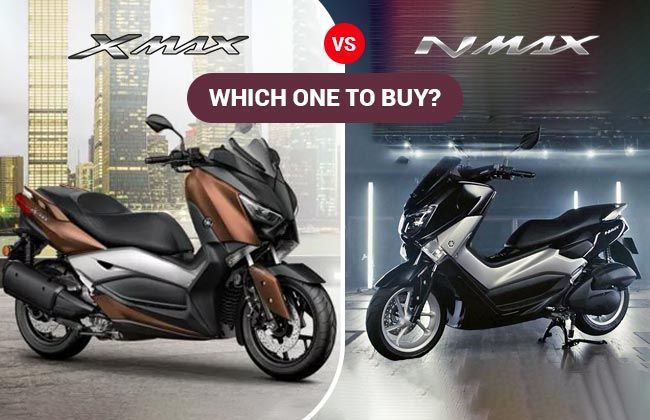 Automatic scooters have always been popular in the Malaysian market ever since they were first introduced. However, over the years, we have seen some great additions to the particular segment so much that we have often faced a dilemma of which one we should actually buy.

And since the time automatic scooters were popularised, Yamaha has been an amazing name in the segment and has manufactured some of the really amazing models. You might have heard about the NMAX and the XMAX, two of the sportiest maxi scooters in Malaysia.

Still confused about which one would be the better choice for you? Here is a comprehensive guide to choosing the perfect one.

If you haven’t seen either of the Yamaha NMAX and XMAX closely, you might think that they look similar to each other. But look closely, you can tell a lot of differences.

The Yamaha NMAX is a slightly more sober version of the sportier XMAX. It has a chunky front section but a smooth rear profile. However, the XMAX is sportier and has a more sculpted body, starting right from the front section. The front profile looks more rugged and a lot fiercer. Plus the windshield is taller than what we find in the NMAX.

The next most physically highlighting thing about the two automatic scooters is that they have different wheel sizes altogether. While the NMAX has 13-inch wheels at both ends, the XMAX has 15-inch front and 14-inch rear wheels.

Also, the available Yamaha XMAX colors are different as you get a Metallic White and Rusty Bronze. On the other hand, the NMAX has blue and black as the available options.

The mechanism under the hood is the biggest deciding factor for you to consider. The NMAX specs are on the inferior side while the XMAX price is higher. The former scooter is powered by a 155 cc single-cylinder, four-valve engine which can produce a maximum power of around 15 PS along with a peak torque of 14.4 Nm.

On the other hand, the Yamaha XMAX is powered by an identical engine but with a greater displacement of 250 cc. The total power production lies at 22.5 PS while the maximum torque remains at 24.3 Nm. Both engines have the fuel-injection deliver system.

Performance on the road

Considering that the Yamaha XMAX price is on the higher side, the performance is undoubtedly better. The suspension is better-tuned and so is the throttle response. Moreover, the bigger wheels and thicker tyres offer better grip and stability on the road.

The Yamaha NMAX has 230 mm disc brakes for both the wheels to add to the stopping power while the XMAX has bigger 267 mm front disc and 245 Nm rear. Moreover, even the fuel tank capacity of 13 litres is bigger than that of the younger sibling, which has a small 6.6-litre capacity.

If you are looking for different Yamaha NMAX variants, you won’t find any as the company offers just one trim but in two colour schemes. In fact, same is the case with the Yamaha XMAX variants as well.

Based on everything that has been said and understood thus far, it must be quite an easy choice for the prospective customers. Still not sure which one you should buy? Here is a summary.

The Yamaha NMAX price is more justifiable than the bigger sibling as it has a smaller engine displacement, some inferior features but is more inclined towards the daily commuting purpose. However, the XMAX is meant for people who can shell out loads of money on a scooter just for its sheer power.

With a 250 cc engine under the hood, the Yamaha XMAX is a pure sports scooter and has excellent power delivery to the wheels. Most youngsters would love to take it for a spin and feel the power at the twist of the throttle.

So, if you are looking for a stylish scooter for commuting purpose, the NMAX should be the way to go. However, if you love to indulge in two-wheeler sports with your peers, the XMAX is your baby. 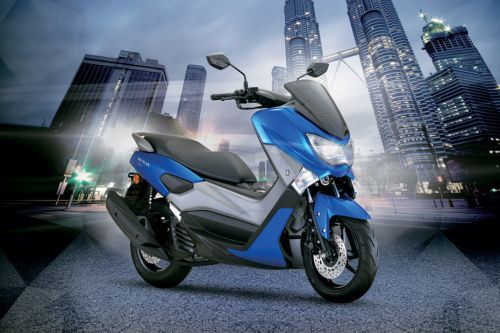 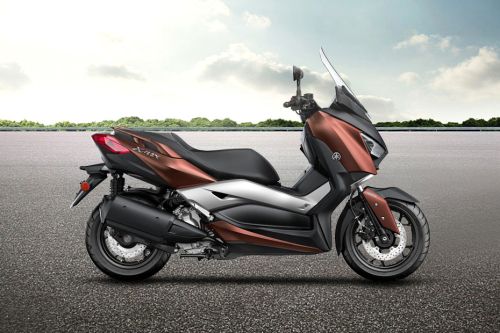