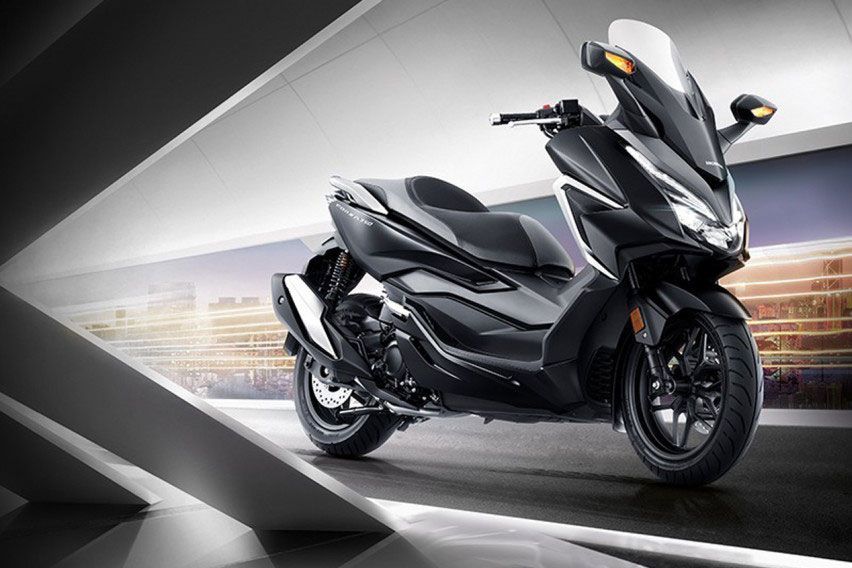 KUALA LUMPUR: The Japanese bikemaker, Honda, escalates its scooter game with the launch of an all-new premium scooter, Forza 350, at the ongoing 2020 Bangkok Motor Show. The new maxi-scooter features a larger, more powerful engine, as well as the other cosmetic and feature upgrades.

The biggest highlight of the Honda Forza 350 is the new motor at its heart. It gets a larger 329.6-cc liquid-cooled and fuel-injected 4-valve single-cylinder engine mated to continuously variable transmission. The automaker is yet to reveal the power and torque numbers. In contrast, the ongoing Forza 300 carries 279-cc motor generating 25 PS of power and 27 Nm of torque. Thus, one can expect extra oomph in power by a few horses.

The new Forza 350 scooter gets the same underpinnings as the Forza 300. The suspension setup comprises telescopic forks and dual shock absorbers. For braking, it has disc brakes along with the front and rear ABS. With 15-inch alloy wheels, the Forza 350 curb weight is 185 kg. The fuel tank measures 11.7-litre.

In terms of design, new Forza 350 looks somewhat identical to the Forza 300. It features a twin-pod headlight, full-LED lighting, mirror-mounted LED turn indicators, and an emergency stop system. The scooter also gets an electrically adjustable windscreen, which can be raised up to 150 mm.

The premium scooter houses a semi-digital instrument panel with two large analog pods with a large digital screen in the centre. It shows a plethora of information, including fuel levels, trip meter, odometer, and average fuel consumption.

For the rider’s comfort, the all-new Forza 350 boasts several other convenience options, including an in-console USB charger, bottle holder, Honda smart key (remote), and an under-seat compartment that can store up to 2 helmets.

Sources speculate that the new scooter is likely to replace the ongoing one. So, in that case, the chances of Forza 350 arrival in the local market seems highly feasible.