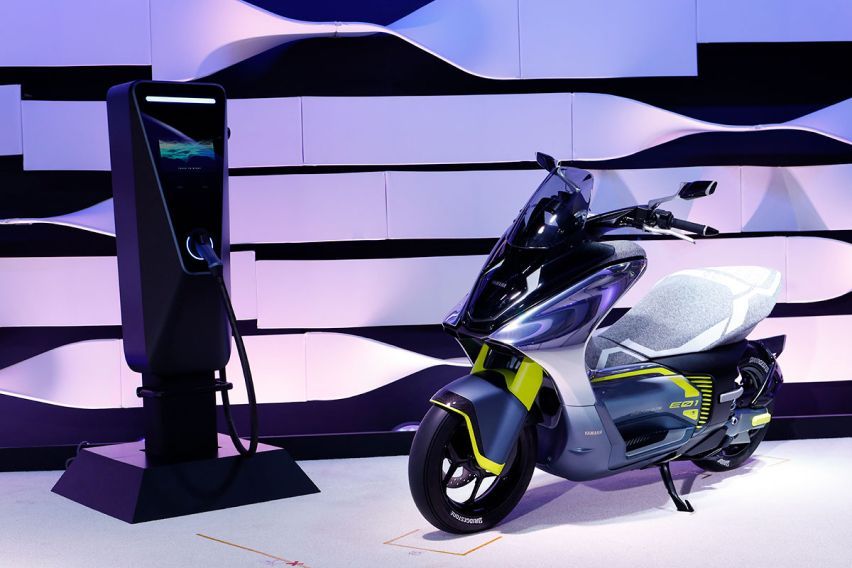 KUALA LUMPUR: With ever-rising pollution levels around the world, electric vehicles have become a need of the hour. Thus, many automakers are embracing electric transition and the Japanese motorcycle brand Yamaha is no exception in this. The bikemaker is on its way to add new electric scooters to its global lineup.

Yamaha showcased the E01 and E02 e-scooters concepts at the 2019 Tokyo Motor Show. And now, a recent report suggests that the company has filed the trademark rights of two electric scooters - E01 and the EC-05. Along with this, it has also registered the intellectual property rights to protect the design and appearance from imitation. As for the E02, we can say that Yamaha may have dropped the concept or may introduce it at a later stage.

So what we know so far about the upcoming Yamaha e-scooters, have a look.

As unveiled in 2019, the Yamaha E01 concept boasts a futuristic look and feel with an aerodynamic stance and eye-catchy dual-tone shade. Contributed to the design statement are aggressive front fascia, tinted windscreen, stylish rearview mirrors, and tapered seat pattern.

Talking about the mechanical specifications, the production version of the maxi-scooter is likely to get a conventional telescopic fork at the front and a single shock absorber at the back. The braking setup may feature single disc brakes at both ends and a single-channel anti-lock braking system. Earlier, Yamaha made the statement that the E01 has performance comparable to that of traditional 125-cc petrol-powered scooters, so we can expect similar performance numbers.

In terms of convenience, the upcoming Yamaha E01 could get features like Bluetooth connectivity, swappable battery, geo-fencing, riding modes, and so on.

Moving to the Yamaha EC-05, the company already offers this e-scooter in Taiwan, however, it is yet to be launched in the global market. Yamaha developed the EC-05 in partnership with Gogoro, which is a Taiwan-based e-scooter manufacturer.

Powering the Yamaha EC-5 is a G2 Aluminum alloy water-cooled motor and a MOSFET water-cooled motor controller. The setup generates a maximum power of 19.3 kW and a peak torque of 26 Nm. The scooter is available in both ABS and UBS (unified braking system) variants. For suspension, it comprises a telescopic fork and dual rear shocks, while for braking, there are a 245 mm front disc, a 190 mm rear disc, and a single-channel ABS. The price of the EC-05 starts at TWD 1,07,800 (RM 15,647).

We expect Yamaha would introduce the global variants of both electric scooters very soon.