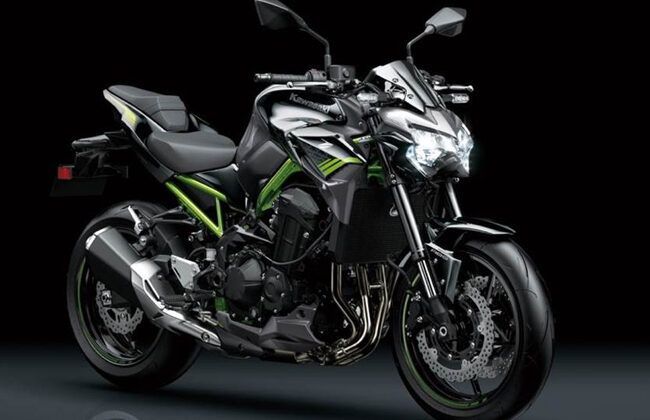 KUALA LUMPUR: Kawasaki has revealed a naked sports bike, 2020 Z900 at the ongoing 2019 EICMA show in Fieramilano, Italy. It comes as a surprise for the bike lovers as Kawasaki has already revealed Z H2 and ZX-25R at the recently concluded 2019 Tokyo Motor Show. 2020 Z900 has been revised with styling, traction control, rider mode, and many such features that were not present in the previous model.

Speaking of the Kawasaki’s recently revealed models, Z H2 is basically a naked streetfighter version of the Ninja H2 with more upright ergonomics. On the other hand, ZX-25R is a baby Ninja, which has been mainly designed for the South East Asian markets like Indonesia.

Moving to the latest Kawasaki offering, 2020 Z900, it comes with the same Sugomi styling including some changes. Revisions have been made with the side panels, swingarm protector, tank protector, and bottom cowl. The bike measures 2,070 mm in length and 1,080 mm in height while the seat height is now 820 mm. The wheelbase is also increased by 5 mm, which is now 1,455 mm and the ground clearance is now 145mm, which was before 130 mm. However, it weighs almost the same as the previous model.

The new Z900 gets LEDs at every corner except for the turn signals. This LED up-grade has made its look more aggressive and sharper than before. However, the engine remains the same. It gets a liquid-cooled 948cc inline-four engine, which produces a maximum power of 125 hp at 9,500 rpm and a peak torque of 98.6 Nm at 7,700rpm. Moreover, the engine is also Euro 5 compliant and paired with a six-speed gearbox. The front and rear suspensions are also the same as before including a rear shock absorber that is mounted horizontally to centralise the mass in a better way.

2020 Z900 also gets a new full-colour TFT-LCD 4.3-inch instrument panel, which can be connected with a smartphone via Bluetooth by using Rideology app. It displays all the necessary information including access to ride data and more.