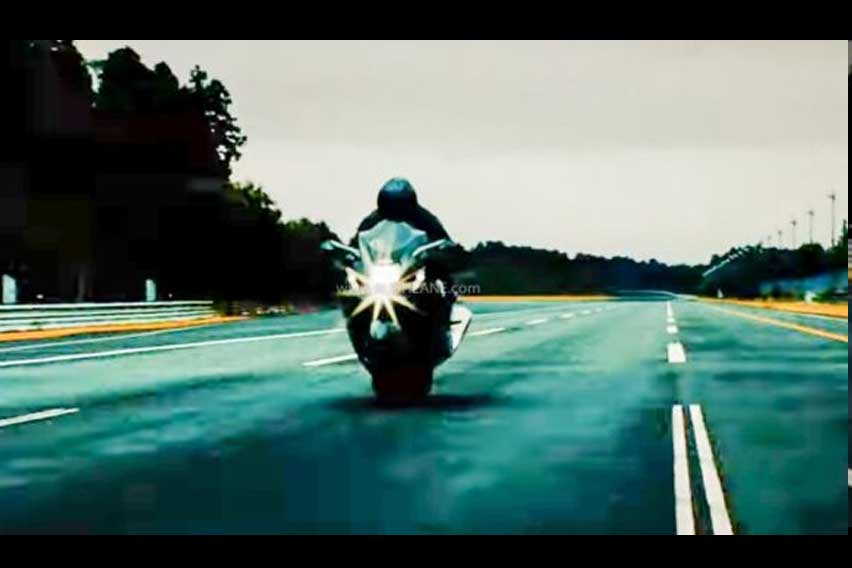 KUALA LUMPUR: Back in 2019, strict fuel emission standards forced Suzuki to roll back its speed demon, the Hayabusa, after almost 20 years of sale. However, there has been a lot of talks about its comeback over the last months. And, finally, the Japanese automaker has teased the arrival of the new-generation Hayabusa, which is set to make its virtual global premiere on February 5.

The company released a teaser video of the new iteration on its social media channels that previews a short glimpse of the motorcycle running on a dimly lit testing track. From the video, it seems that Suzuki has not changed a lot for the 2021 model. The visible changes include a sharper headlight and a flatter tail end with an LED tail light.

The instrument console also has the same pattern seen on the earlier bike, which means it is mostly analog with a digital display right in between. However, it now has a white backlight and an updated TFT screen showing information like gear position, lean angle, ride modes, a clock, ambient temperature, and settings for other electronic aids. A closer look at the panel reveals that it also has abbreviations for traction control, power modes, and a lot more. This hints at the inclusion of the comprehensive suite of electronic goodies.

Thus, we can expect that the new Hayabusa is packed with features like 6-axis IMU with cornering ABS, power modes, wheel control, several riding modes, engine braking modes, as well as a bi-directional quick shifter.

At the heart of the new Hayabusa, the earlier 1,340-cc inline-four cylinder DOHC liquid-cooled engine is expected with tweaks to comply with Euro 5 emission norms. This means we can expect at least 195 hp of maximum output and 155 Nm of peak torque. On the performance front, the teaser video shows the bike hitting a speed of 300 kmph.

Besides these, the revisions on the chassis are also likely to there. It may get a more premium suspension setup with compression, rebound, and preload adjustability, while for the braking, Suzuki may bring on board Brembo's top-spec units for better braking performance.

Once launched, the all-new Hayabusa would be competing against the likes of the Kawasaki Ninja ZX-14R, Yamaha R1, Ducati Panigale V4, and BMW S1000RR.