Suzuki GSX1300R Hayabusa loses out to the strict emission norms 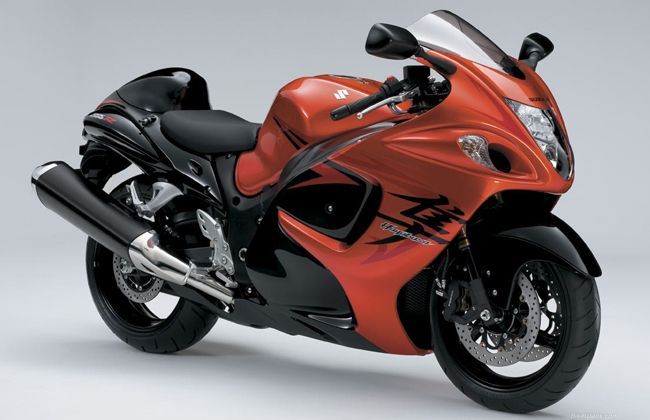 KUALA LUMPUR: The Hayabusa has been a legend ever since it made its way into the two-wheeler market back in 1999. However, the current Suzuki GSX1300R Hayabusa had become a very old motorcycle without an update for a decade and thus, failed to meet the Euro 4 emission norms. Hence, the company has decided to take the modes off the roads.

The Suzuki Hayabusa is nothing short of being a primitive offering against the current breed of super sports bikes. As for an example, it weighs a whopping 266 kilograms, which is a lot more than the standards set by the other bikes in the range. However, barring just a few, the other features looks to be fine, thanks to the upside-down forks up front and monoshock for the rear.

The stopping power comes from a Brembo four-piston setup for the front while the rear has a Nissin single-piston unit. Both the wheels have ABS given as standard. Under the hood, it is powered by a four-cylinder 1,340cc engine with liquid cooling. This setup is capable of churning out 173 hp of power at 9,500 rpm and a peak torque of 135 Nm at 7,000 rpm.

With such power on offer, the Hayabusa could easily touch a top speed of 312 kmph back in its old days. However, a top speed limiter was added just to stay safe from the Government’s restrictions. Hence, without any of the top speed limiters, the bike was capable of a lot more than just the 312 kmph. Just a few modifications and it could cross 330 kmph.

The Suzuki Hayabusa was the fastest bike in the world before the Kawasaki H2 was introduced, which went on to take the title. Now the question is, will Suzuki come up with a replacement for the legend? There are already some rumours which state that there is a turbocharged 1,400 cc four-pot motorcycle down the pipeline. However, not a lot is known about this claim yet.