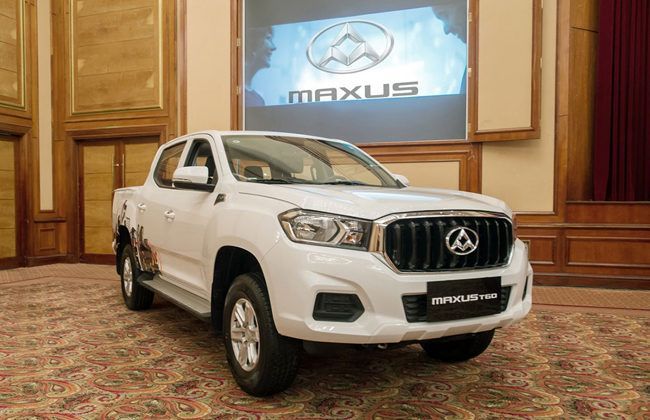 KUALA LUMPUR: Weststaer Maxus, today at Hari Raya open house, introduced the T60 pickup truck. The vehicle is now available in the country and is open for booking as well. Earlier the company announced that the T60 would arrive in Malaysia by the end of 2018, however, it’s never late than ever.

The Malaysia-spec model of Maxus T60 is available in two trim options - the base manual and range-topping high-spec auto. While the range-topping variant is priced at RM 99,000 (on-the-road without insurance), the base model is only a few thousand cheaper, thus making the auto trim a better proposition.

According to sources close to the company, the T60 would launch in another two to three-month time frame. Also, the initial batch will be CBU units that’ll be imported from China. As for the CKD units they are presently worked at the Johor plant.

The Maxus pickup truck made its debut at the 2016 Guangzhou Motor Show and was claimed by the company as an international standard vehicle. The Maxus T60 was launched in Australia in 2017 and had a 5-star ANCAP crash test rating.

The said pickup truck is powered by a 2.8-litre 4-cylinder turbo diesel engine that churns out a maximum power of 150 hp along with a peak torque of 360 Nm from 1,600 to 2,800 rpm. This mill is coupled to a 6-speed manual and automatic gearbox depending on the variant picked. In the 4WD configuration (engaged via a rotary dial) the T60 offers three driving modes - Normal, Eco, and Power.