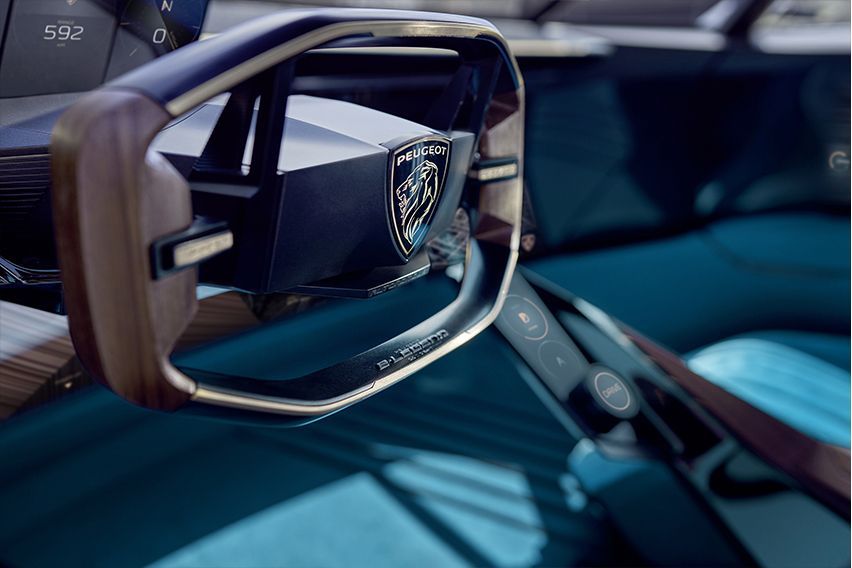 KUALA LUMPUR: Gone are the days when the steering wheel was solely dedicated to steering control, as it has become more complex and multifunctional gradually. From radio controls to speed regulation, from the impulse control system to an airbag, it houses everything. Let’s have a look at the innovations done by the French automaker, Peugeot, in evolving this mechanical organ.

The first steering wheel appeared in 1894 on Alfred Vacheron's Panhard 4 HP in the Paris-Rouen race. Before that, cars used to operate with a handlebar or a tiller. Peugeot cars were also equipped with a handlebar with a mechanical setup of 2 speeds and 4 cylinders, looked like a motorized cab.

Gradually, the steering wheel replaced the bar and this was marked as the car freed from its relationship with horse-drawn carriages. In 1901, the automaker came up with Peugeot Type 36, which was different from the earlier models assembled on the basis of motorized carriages. It brought the two major innovations; an engine hood at the front and a steering wheel in place of the handlebar.

The steering wheel is seen as an architectural product, whose design is restricted by ergonomic priorities, visibility requirements of the handset, readability of the pictograms printed on the controls, and proper distribution of the air blown by the fans. It has also become a springboard for innovations.

The innovation made to the steering wheel can also be seen in the form of changing its manufacturing material. New foaming techniques, leather graining, and coatings are the strong highlights which made the Peugeot move upmarket. For more diversity, the steering wheel offers other levers, which include thumb rests, perforation of the leather for extra sensitivity to the touch, presence of pads (available in GTi, GT-Line models), and colored stitching for a sporting look.

Peugeot has taken this league forward by launching a revolutionary interior comprising a compact steering wheel, a touch screen, and a head-up display, known as  Peugeot i-Cockpit. Being a central element of the system, the compact steering wheel makes the vehicle handling easier and increased driving sensations. It demands less range of arms’ movement from the driver and enhances its speed and agility while giving a more relaxed driving position.

In 2016, the automaker launched Peugeot 3008 SUV with a more compact steering wheel. It includes a two-plane rim for a better grip and frees up more of the driver's field of vision and legroom.

Further continuing the innovation, the automaker brought i-Cockpit 3D incorporated in the new Peugeot 208 and 2008 models, whose revolutionary and unique driving position attracted nearly 6 million drivers. Thus, it is not wrong to say that  Peugeot i-Cockpit and its iconic compact steering wheel become pillars of the brand's DNA.

Not only this, but the automaker is also working towards the disappearance of the steering wheel on autonomous vehicles. In the 2018 Paris Motor Show, Peugeot unveiled the e-LEGEND concept, a technological platform serving the pleasure of driving and the experience onboard an autonomous vehicle. Today, few Peugeot models are already available with level 1 and 2 driving assistance functions, including active lane departure warning, full park assist, driver attention alert, and so on.

Also read: Peugeot wins the “Car of the Year” title for the sixth time in 2020