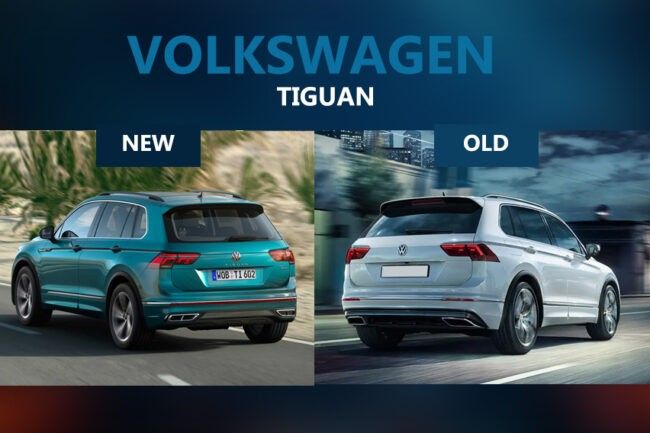 Volkswagen recently introduced the all-new 2020 Tiguan to the world. The news of the facelift came days after the German automaker launched the new Arteon. Coming back to the Tiguan, it is the first time the second-generation SUV received a facelift, and it has been updated both on the design and equipment front. Additionally, some modifications are made to its heart as well. The Tiguan R will be first of its kind to get a 2.0-litre turbo-four mill found in Arteon R.

On the outside, the automaker has introduced subtle changes that are easily noticeable even by people who are less interested in cars. However, being an auto enthusiast, you’d appreciate the changes made, including the new grille, LED headlamps, air intakes, LED tail lights, and others.

Unlike the locally- available Tiguan, Volkswagen is now offering the 2020 Tiguan with the range-topping R-Line variant. Also, added to the range are the R and eHybrid trims. The SUV will go on sale in the US market and Europe (later in 2020). While the former will get the long-wheelbase model with optional third-row seating, the later will receive the standard wheelbase version. The official launch date is still not confirmed, but it is likely to take place in the fall of 2021.

Let’s get into the details and find out how the new Tiguan differs from its previous model. 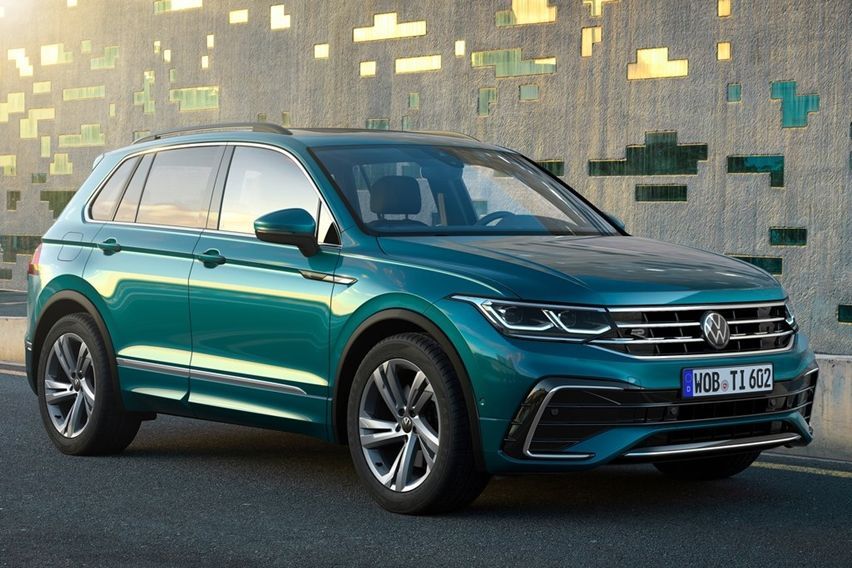 What has changed on the outside?

Talking about the SUVs front fascia, it has gained several enhancements. Starting with the most noticeable element, the front grille. The new grille is bigger than the one seen on the ongoing local model and is arched in the lower half. It seamlessly merges in the new, sleeker LED headlamps with eyebrow DRLs and optional IQ. Light matrix LEDs. The front bumper has been redesigned with more pronounced air intakes.

Over the sides, there is not much to comment, other than the character lines that are more pronounced than before and side gills that are placed neatly. At the back, the new SUV gets TIGUAN lettering in the centre just below the logo, updated LED taillamps with sequential indicators and modern light. 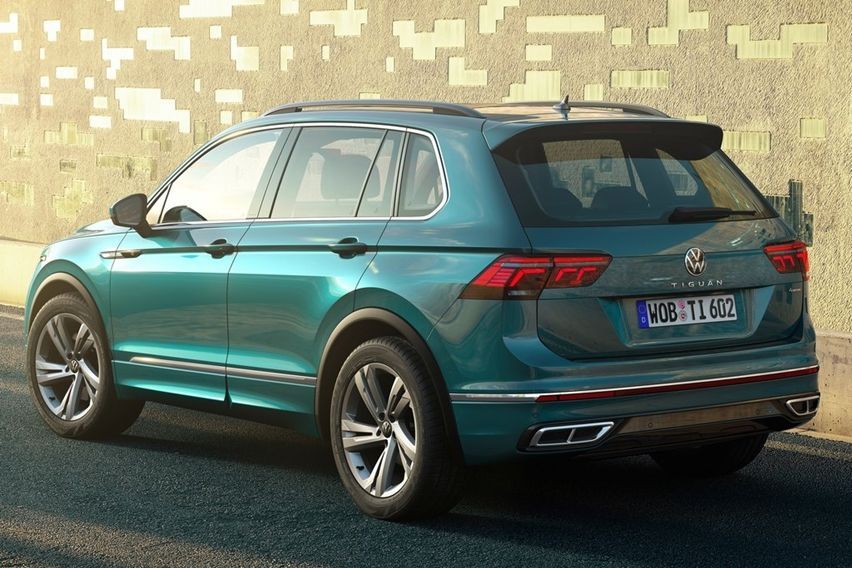 The R-line package features an aggressive front bumper with a full-width lower apron and contrasting trim at the edges and vertical slits for aerodynamic purposes. Like the Arteon, it also features two trapezoidal-shaped ‘exhausts’ at the rear.

On the other hand, the locally available Tiguan seems a bit dull when placed alongside the new model. Even a layperson won’t take long for one to realize this fact.

What has changed on the inside?

The 2020 Volkswagen Tiguan cabin mostly resembles the pre-facelift model. However, it features the revision seen in the Arteon sedan. It gets a new multi-function steering wheel with touch-based controls, and in place of buttons, it has sliders. The infotainment system is upgraded with the latest Modular Infotainment Matrix with a standard 8-inch touch display; however, it can be sized up to 10.25-unit for higher variants. Volkswagen We Connect system that includes live traffic data and several app-based functions is also available alongside Apple CarPlay. 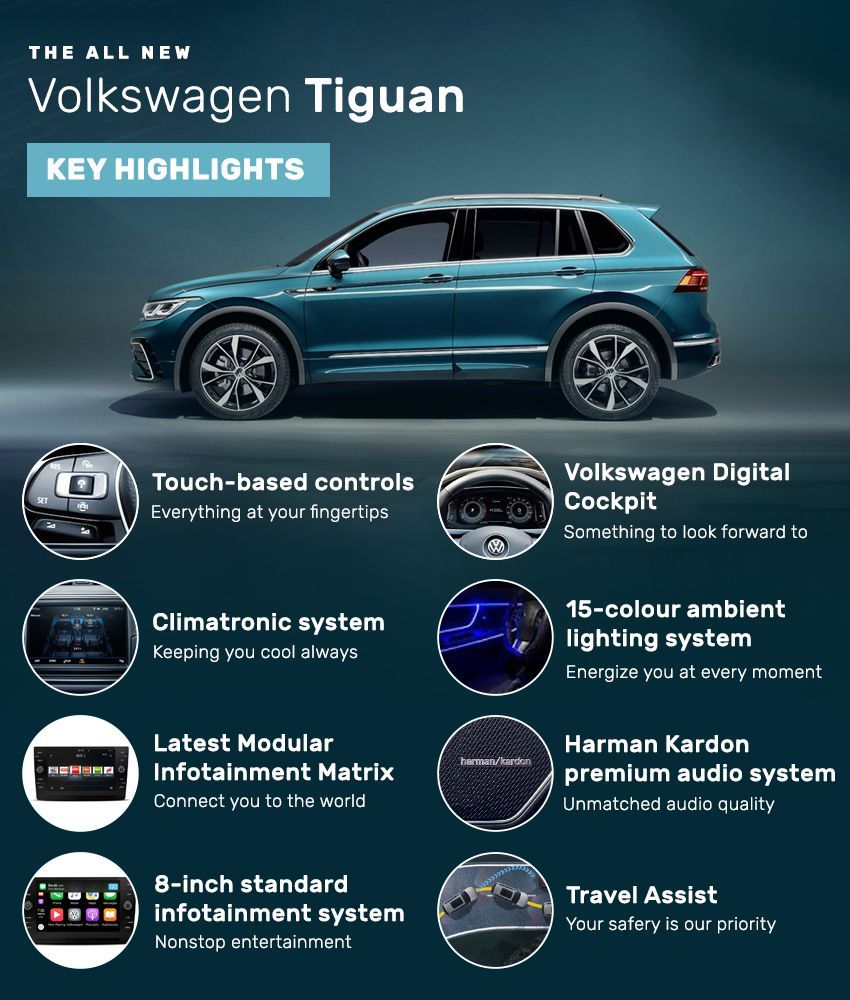 Easing the operations are two illuminated USB-C ports, touch-sensitive control module for climate control, and illuminated sliders for temperature control and fan. Adding to the fancy-bit is the exterior logo projection.

Other notable bits on the inside include the Climatronic system, 15-colour ambient lighting system, Harman Kardon premium audio system (for European market), or a 480-watt Fender (for US market), and Volkswagen digital concept instrument cluster. 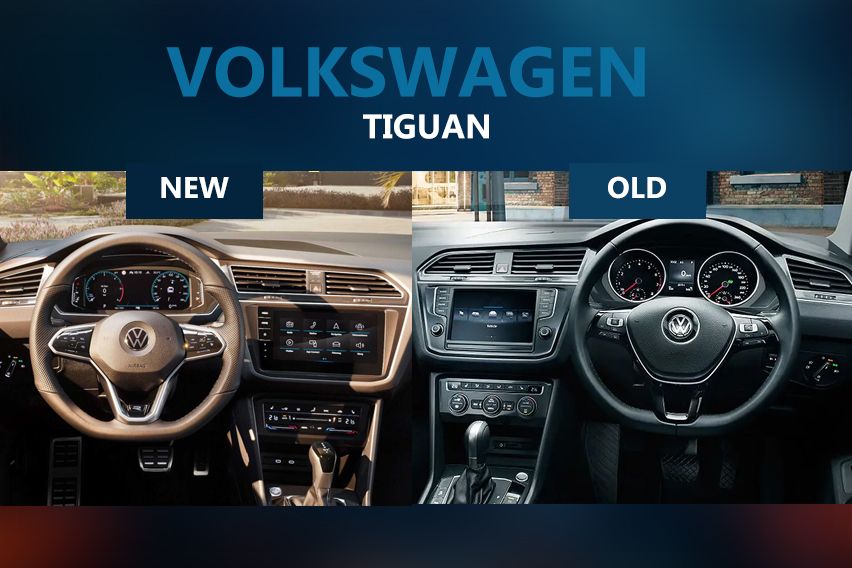 There is no denying that the current version is also packed with features. Its long list of equipment includes three-zone climate control, Dynamic Cornering Assist, electric tailgate, 12.3-inch Active Info Display digital instrument panel, and more. However, with the new model, VW has taken the cabin look and feel to the next level.

What has changed under the hood?

Powering the new Tiguan in the US market is the EA888 2.0-litre turbocharged 4-cyl petrol mill. It makes out 186 PS of power and 300 Nm of torque and is coupled with 8-speed automatic transmission.

On the other hand, the European market gets Tiguan R that borrows its powertrain from the Arteon R, i.e., an EA288 2.0-litre turbo-four unit making 320 PS and 420 Nm. The transmission duties are handled by a 7-speed dual-clutch DSG gearbox that delivers power to all-four wheels via an all-wheel-drive system. The one serving Malaysia is powered by a 1.4-litre TSI engine making 150 PS of power and 250 Nm of torque. It is mated to a six-speed transmission DSG dual-clutch automatic transmission. Thus, making the new Tiguan more powerful than the ongoing version.

What’s new on the safety front?

One of the most noticeable additions to the 2020 Tiguan is VW’s ‘Travel Assist’. It features amazing utility features like adaptive cruise control with lane-keep assist and stop-and-go. On the other hand, the ongoing model was named NCAP’s Best-in-class Cars of 2016 and comes with six airbags, ABS with brake assist, Driver Alert System, ESC, ISOFIX child seat mounts, and multi-collision brakes. 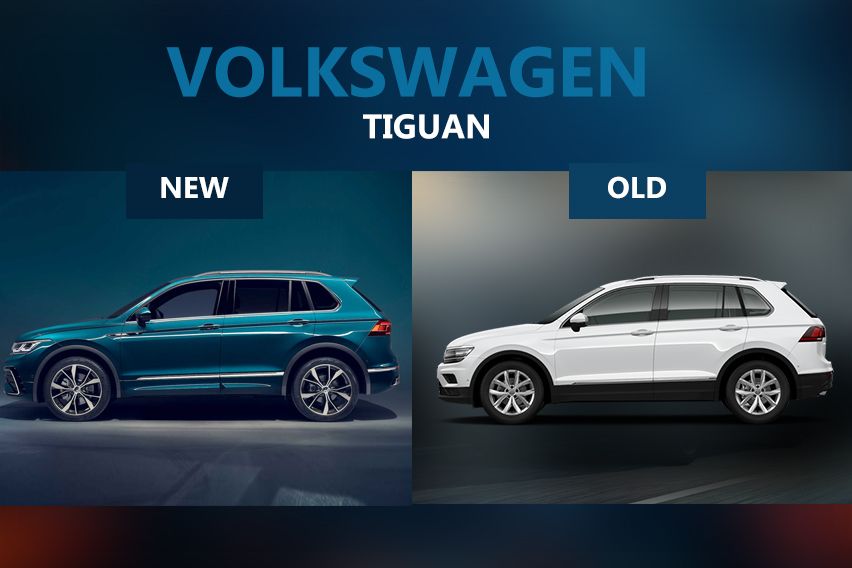 The 2020 VW Tiguan is an improved version of the ongoing model with better styling, advanced safety features, and comfort. The powertrain fitted inside is capable of producing considerable power, and we are hoping it to offer a fairly good fuel economy that won’t dig its owner’s pocket.