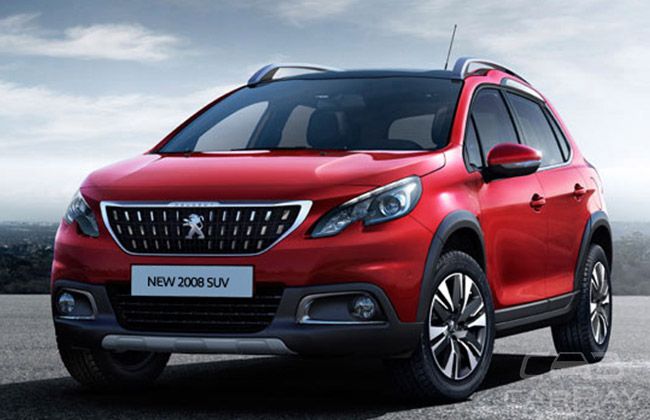 The Peugeot 208 and 2008 have been given an update recently, with revised exterior and interior design as well as powertrain update. The stylish 3-door option for the 208 has been dropped, now only offered in 5-door with the price of RM89,888, a whole four grand more expensive than before. Meanwhile, the price for the 2008 crossover has been slashed by RM10,000, now retailed at RM109,888.

What’s the revision done to the 208 and 2008 duo? To start out with the 208, the B-segment hatchback receives minor changes to the exterior which include redesigned headlights with black bezels. The new ‘Equaliser’ grille that now sits with the bumper as opposed to the ‘floating’ grille on the outgoing 208. The new design on air intake and fog light surrounds complete the job on the front fascia. At the rear, the 2017 208 gets new LED tail lights with three-dimensional ‘triple claw’ light guides.

As for the 2008, the interior is left pretty much the same. The exterior changes affect largely on the similar aspects as on the 208. These consists of black headlight bezels, a vertical front grille, darkened tail light lenses, black wheel arch mouldings and removal of chrome side strips.

Peugeot has finally ditch the ageing 121 hp/160 Nm 1.6-litre four-cylinder engine. The cars now are powered by a new 1.2-litre PureTech turbocharged unit. Although the new three-cylinder engine produces 10 hp less than the one it replaces (111 hp at 5,500 rpm), torque figure has been bumped up to 250 Nm, available from 1,500 rpm. An Aisin-sourced six-speed automatic transmission takes place of the old four-speed automatic transmission.

Peugeot offers the new 208 and 2008 a new warranty package too. The three-year manufacturer’s plus two-year insurance coverage has been replaced by a five-year or 120,000 km warranty. The first 100 buyers will also get a three-year free service package.