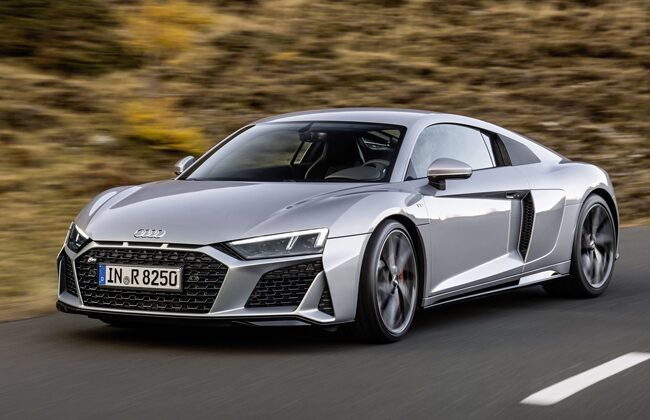 KUALA LUMPUR: Audi has added 2020 R8 V10 RWD into the standard line-up, which was launched as a limited edition in 2017. The new R8 RWD has been released as a permanent model and is available in both the coupe and spyder versions.

Both of the versions are backed by Audi’s 5.2-litre V10 engine that produces a maximum power of 540 PS on operating at 6,500 rpm and a peak torque of 540 Nm. The models come with a mechanical locking type differential gear as well. The engine is paired with an S tronic seven-speed dual-clutch transmission from which the power is sent to the rear wheels of the car.

According to reports, Audi has also declared that on activating the sports mode, one would have the ‘controlled drifting’ mode enabled by the suspension setup and the control system. The power steering would also ensure one to experience an ‘intense contact’ with the road. Heading towards the built of the tyres and the wheels, the refurbished Audi R8 RWD comes with mixed tyres. While the 19-inch wheels in the front are clubbed with 245/35 tyres, the back ones get larger 20-inch hoops which sit in 295/35 rubbers.

Design-wise, both the R8 RWD versions are pretty much identical to their predecessor, with a slight difference being the addition of a new hue of Kemora Grey to the pallette. Other optional upgrades are also available for the two individual models. For instance, there is a carbon styling package for the coupe RWD and a black styling package for the spyder version. The dash present inside now comes with an ‘RWD’ logo, which was previously absent in the Quattro model.