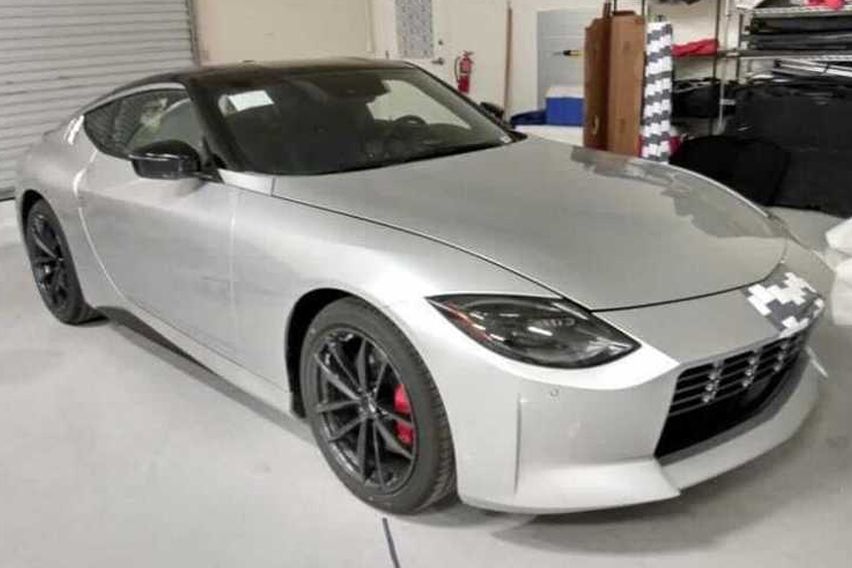 KUALA LUMPUR: For a long-long time, we have been hearing about the Nissan Z or 400Z (depending on your belief about the car's name). Initially, we saw the car with full camouflage, then without one, and now finally we get to see its interior. Yes, the interior image is out, it's not official therefore the quality is not good. However, the blurry image gives us a good idea about the feature kit.

The first thing that we get to notice is the vibrant blue that covers the seat, and parts of the dashboard, centre console, and door. If noted carefully, this particular blue tone reminds one of the upholstery options on the original 240Z.

Being a pre-production model, the cabin looks pretty rough. For instance, the dashboard is covered in super bing plastic that sure is not up to the standards. Also, the gearshift's dull surround and the large gaps between the panels further worsen the case.

As for the centre stack's layout, the HVAC vents are placed on the top followed by an infotainment display. Let's hope the low placement of the display doesn't cause too much distraction when looking away from the road. Further, there are three gauges placed on top of the dashboard, inclined towards the driver. We are still waiting to see the images of the instrument cluster.

The reports suggest that the Nissan Z will be powered by a 3.0-litre twin-turbo V6 mill making a maximum power of 400 hp and a peak torque of 475 Nm. On the transmission front, the customers can pick between a 6-speed manual or 9-speed automatic unit sourced from Mercedes-Benz.

The Nissan Z is supposed to arrive in late 2021.