Volkswagen Polo vs Toyota Yaris: The better B-segment hatch you should pick

Volkswagen Polo is one of the top-selling non-national hatchbacks in the country. It is chic, offers great interior space, has a well-designed ergonomics, and with VW’s backing reliability comes in handy. With so much on its plate, it is not difficult to judge why auto enthusiasts and customers rate the Polo so high.

But like every crowned king who has challengers trying to replace him of the spot, the Polo also faces stiff competition in the Malaysian auto market. Though there are many like the Honda Jazz and Mazda 2 hatchback riveling the Polo, today we’ll be comparing the VW hatch with Toyota Yaris.

After missing a hatchback in its line-up for long, Toyota Malaysia finally introduced the Yaris in 2019 with a mission to be the top seller in the segment. So, let’s find out who really is the best-in-the-class - VW Polo or Toyota Yaris.

At 4145 mm, the Toyota Yaris is longer compared to the Polo hatch, also on closer inspection, we find it is wider and taller as well. Coming to the design language, though it is a subjective matter, what is clear is clear. Of the two, the Polo carries a more sophisticated and mature look, while the Yaris seems to be full of energy. In short, while the one is more rounded and soft, the other is extra edgy.

Both Polo and Yaris showcase a spacious cabin with no significant difference in hand. However, when it comes to boot space, the Polo misses the battle by substantial numbers. The VW hatch on the inside feels quite and solidly build, and despite being an entry-level model in the country’s line-up, it retains the Europen vibe and quality. The usage of hard plastic might feel excessive to some. Between the two, Polo is the only one to come with rear air-con vents - a must for Malaysian summer.

The Yaris plays safe with the conventional interior design that is in line with the flowy exterior. To some, the cabin may feel too simple or even cheap, but it works and is easy to maintain. As far as cabin noise is concerned, it is quieter than the Polo. It misses rear AC vents but does come with a rear charging port.

The VW Polo is powered by a 1.6-litre naturally-aspirated 4-cylinder mill that’s 100cc more than what Yaris has under its hood. The bigger mill in Polo helps it blaze ahead of the Yaris with 153 Nm of torque. And if you are concerned about the VW dual-clutch issue, then worry not as Polo gets the conventional 6-speed torque-converter automatic. Also, out of the two hatchbacks, the Yaris is the slowest as it takes 16.6 seconds to reach the 100 kmph mark. The Polo covers the same distance in 11.1 seconds.

Under mixed driving conditions, the Polo displays a fuel economy of 15.87 kmpl, and it goes down to 18.18 kmpl when driven on the highway. Toyota Yaris, on the other hand, delivers a combined fuel economy of 17.24 kmpl.

In the safety department, the Polo is a bit weak. It only offers two airbags and comes with a unique system called Intelligent Crash Response System that in case of an accident cuts of fuel supply, unlock all doods and turns on hazard lights. The Yaris is a complete opposite. It offers a plethora of safety features like - seven airbags, vehicle stability control, traction control system, and blind-spot detection with rear-cross traffic alert.

Even though VW Polo is one of the oldest models in the segment, it is still relevant with its sleek exterior, refined cabin, great utility features, and engaging Europen experience. But it lacks in the safety department with only two airbags and lacks stability and traction control. Also, it lacks on the cabin space front.

In the end, it all depends on the customers' requirements and tastes. Choose wisely. 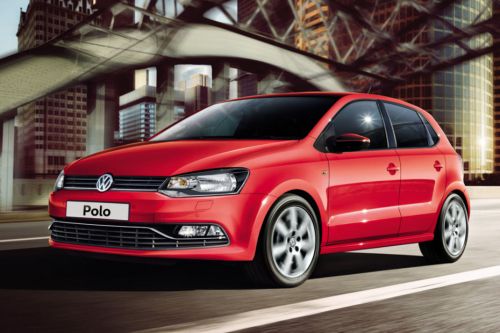