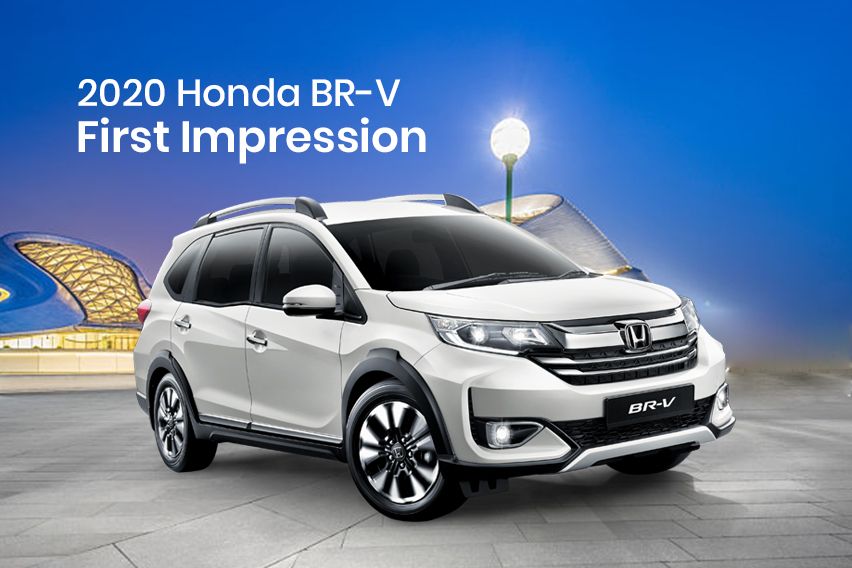 Known as one of the most powerful yet affordable seven-seater MPV, the Honda BR-V is a mainstay in the spotlight within the segment. Honda introduced this striking car in Malaysia in early 2017, and soon it became one of the best-selling cars for the brand. The automaker was on the way to bring its new avatar for a while and has also opened the order books in early March. And now, the Japanese carmaker has finally launched the latest iteration of its popular MPV in showrooms across Malaysia.

2020 Honda BR-V is available in two variants - base trim E and top-spec V. It is built on the company’s stretched Brio underpinnings, which has also been used in several Honda cars. It features a three-row seating configuration that can accommodate seven occupants. Here we bring you the first impression of the new Honda BR-V and throw light on the evolved model.

On the exterior, the MPV received some subtle visual changes. The bolder restyled grille houses two slats and a redesigned bumper, which sports an aggressive look. The lower bumper has received new garnishes to compliment the styling. At the rear end, the MPV gets new fog lamp housings, tweaked bumper, and vertical reflectors instead of horizontal ones.

Honda has added a new choice in the list of BR-V color options, i.e., Marine Purple Pearl. It becomes the first Honda model in the county to get this option. The other options include Modern Steel Metallic and Lunar Silver Metallic, Passion Red Pearl, and White Orchid Pearl, while Dark Ruby Red Pearl and Taffeta White have been dropped.

Inside the cabin, the new BR-V portrays a plusher feel, thanks to premium leather upholstery with contrasting red finishing. It possesses a spacious cabin, which provides generous legroom, headroom, shoulder, and knee room to the occupants. The seven-seater crossover has lots of storage places all around the car. The cargo volume measures as 233-litres, which can be expandable to 539-litres.

The mechanical setup of the new Honda BR-V remains unchanged. It is powered by the same 1.5-litre four-cylinder SOHC i-VTEC engine, churning out 120 PS of power at 6,600 rpm and 145 Nm of torque at 4,600 rpm. The power is sent to the front wheels via a continuously variable transmission (CVT). Honda has tuned the engine and gearbox for maximum fuel efficiency, claimed to return up to 15 kmpl on a combined cycle. The MPV can accelerate from standstill to 100 kmph in 12.5 seconds, while it can clock a top speed of 175 kmph.

With the new dose of updates, the Honda BR-V can impress the customers looking for a vehicle for daily commutes, family outings, or even a business. The MPV seems to be ideal for all the needs. So, if you want to be behind the wheel of new BR-V, head out to your nearest Honda dealer and have a test drive.