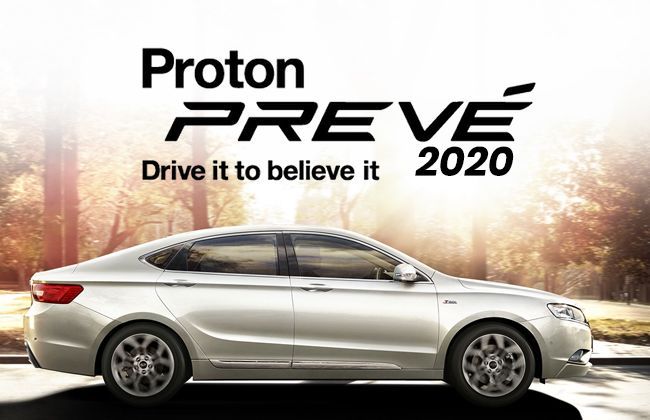 It was only yesterday that we informed you about the arrival of the all-new Proton Preve and how its images were leaked online. Well, now it’s time to move a step further and see what all we can expect from Proton’s revised sedan.

Now, like all Proton new car’s, the upcoming Preve would also be based on a Geely product. This time it would be the Chinese brand Emgrand GT sedan. Why do we say so? Well, that’s because of the striking resemblance the two cars share - the new Preve and Emgrand GT. Also, like the Preve, the Geely sedan is a four-door fastback.

As can be seen in the images, the new Preve looks so much modern and upscale than its ongoing model. At the front, can now be seen a sleek chrome outline grille with honeycomb inserts. The LED headlamps appear sharp and also get LED daytime running lights. The lower part of the front bumper gets large air intakes on either end and give the car a sporty feel. The side profile is equally appealing with its sloping roofline, sharp character lines, body-colored door handles and ORVMs with turn indicators, and stylish alloy wheels.

Though we don’t have the rear image, the car is expected to get wrap-around taillights, and like all new Proton cars, it will get model name lettering on the decklid. Top-variant might feature a sunroof as well.

Like the exterior, the cabin of the new Preve is expected to be all plush and premium. The car would be infused with all modern and high-tech features, mostly resembling the X70 specs sheet. And if that’s true, there’s no stopping for the 2020 Preve. The range-topping trims are most likely to feature luxurious leather upholstery with wood and chrome inlays on the dash and door frame. Here’s a list of features the 2020 Preve might showcase -

Under the hood status

The ongoing Proton Preve is available in two trim options - Executive and Premium, both powered by the same 130 PS churning 1.6 turbo mill that’s paired to a 7-speed ProTronic gearbox. For the new model in question, assumptions are being made that it will share the X70 mill, the same that features in Emgrand GT specs sheet. Though the Chinese model gets three engine choices - 3.5-,2.4-, and 1.8-litre, it’s the last one that we hope to rest in the 2020 Preve hood.

In the Geely sedan, the 1.8-litre four-cylinder turbo mill churns out a maximum power of 184 PS at 5,5000 rpm along with a peak torque of 300 Nm from 4,000 rpm. Sending power to the front wheels is a 6-speed automatic transmission system. With the configuration mentioned above the sedan has a top speed of 210 kmph with the fuel consumption figure resting at somewhere around 12.8 kmpl.

These are all our expectation from the 2020 Preve, and nothing can be said for sure since the company hasn’t confirmed a bit about the upcoming car. We'll have to wait and watch what the final product brings along.

Proton Preve Alert me when launched