KUALA LUMPUR: A mere one day before the official debut, the new BMW 4 Series slipped out. The model, which made its first appearance as Concept 4 at the 2019 Frankfurt Motor Show, is scheduled to be officially revealed on June 2. But, the leaked brochure of the model has surfaced on the internet before that. It was leaked on Instagram first by the BMWorld M page and then Cochespias in the morning today.

While looking at the images, we can say that this time, BMW would be appreciated for daring in the design context. The earlier teaser images already indicated the new styling direction of the front end, and now the new massive kidney grille is apparently visible in the leaked pictures. The oversized grille remains to be the main point of controversy for the BMW 4 Series. 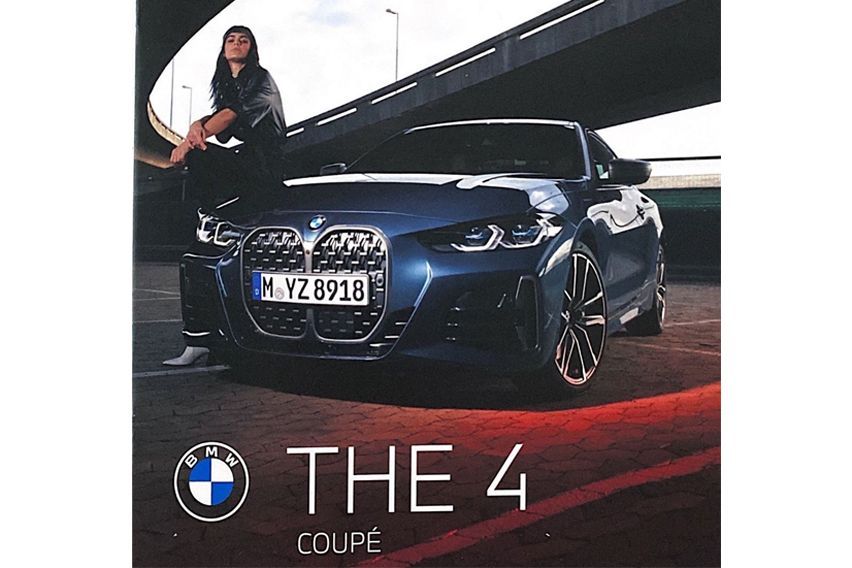 Other exterior highlights of the 2021 BMW 4 Series include large air vents in the corners of the bumper, Cerium Grey finishing on the side mirror caps, wraparound tail lights with unique graphics within the clusters, and a subtle trunk lip spoiler. 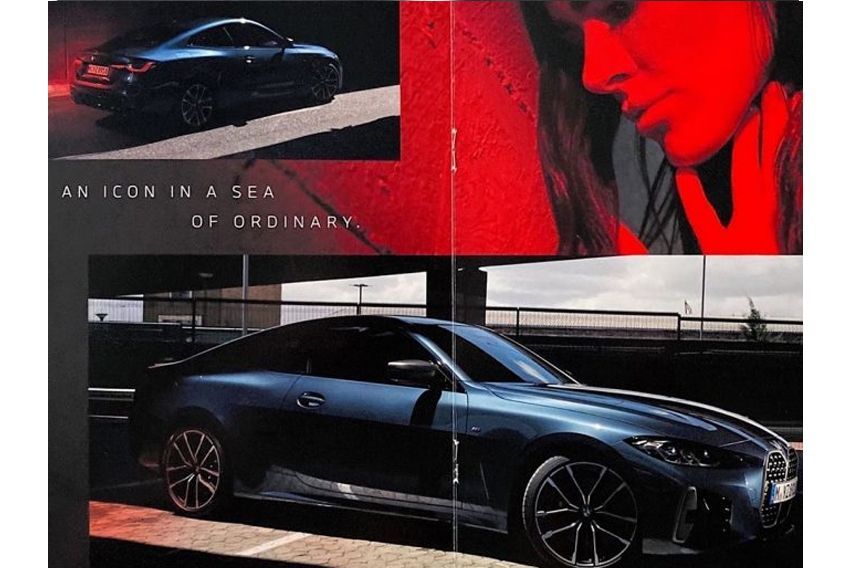 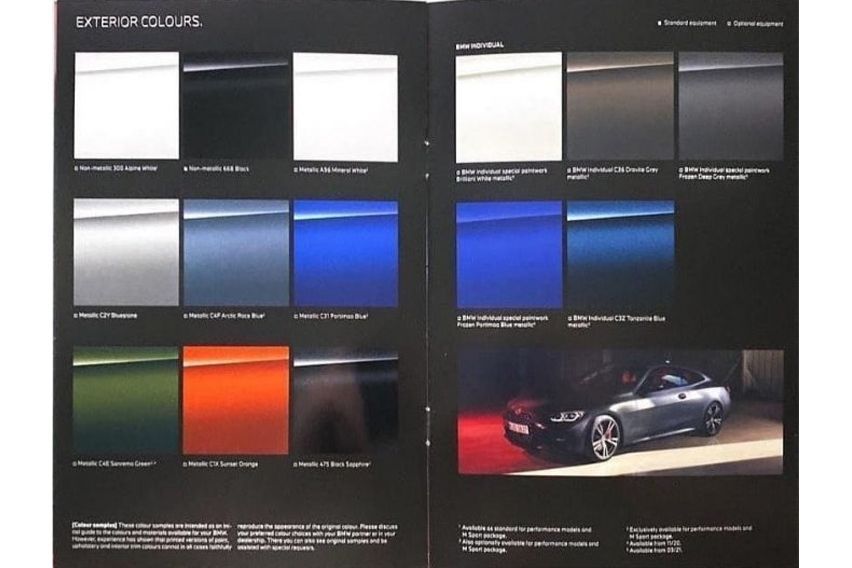 While no details on the mechanical numbers are revealed yet, the 4 Series is expected to get a turbocharged 3.0-litre straight-six engine producing 374 PS of power and 500 Nm of peak torque. It will come with mild-hybrid tech and an eight-speed Steptronic Sport automatic transmission.

The new BMW 4 Series will be on sale before the end of the year. However, the Malaysian debut may happen in 2021.

The official unveiling will take place tomorrow through a special live streaming event at the BMWGroup website.