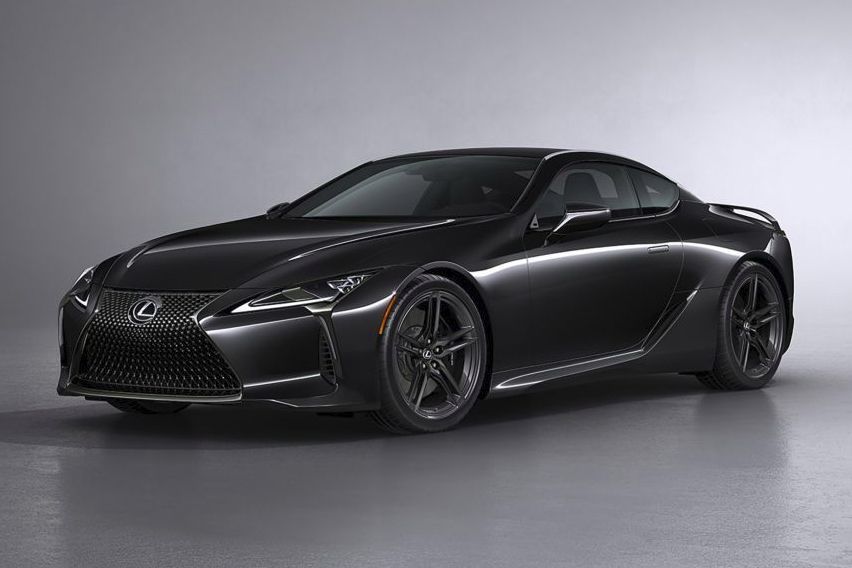 KUALA LUMPUR Even today, almost after four years it first went on sale, the Lexus LC 500 coupe turns heads out in public. Well, to attract more eyeballs, Lexus recently rolled out its latest limited-edition ‘Inspiration Series’ model that features an aviation-inspired design. Limited to just 100 units, the new edition dons in carbon-fiber accents throughout the vehicle along with other accessories for better performance.

Developed in collaboration with air race pilot Yoshihide Muroya, the 2021 Lexus LC 500 Inspiration Series comes in only one paint option that is Dark Obsidian (black) and has been updated with a CFRP (Carbon Fiber Reinforced Plastic) spoiler and a set of 21-inch black forged-alloy wheels.

The 2021 LC 500 Inspiration Series also gets some enhancements in driving performance thanks to the Torsen limited-slip differential. The said system efficiently distributes engine power to the rear axle, which helps in optimizing traction, handling, as well as control in different conditions. For providing more rigidity to the suspension package, Yamaha rear performance rod with a damper has also been added.

Inside the car, a serialized badge on the center console is placed for the immediate identification of its limited nature and the sequence of the 100 produced. Besides that, the cabin is decked with black Alcantara-trimmed sport seats featuring elegant Saddle Tan accents and seat belts. The designers also wrapped the steering wheel and shift lever in black Alcantara trim.

However, under the bonnet lies the same 5.0-litre V-8 engine generating a total output of 471 horsepower and a peak torque of 540 Nm.

The LC 500 Inspiration Series is slated to hit the showrooms later this winter, while there is no information about its price at the moment.

Also read: Make your own Lexus LFA supercar in less than two hours