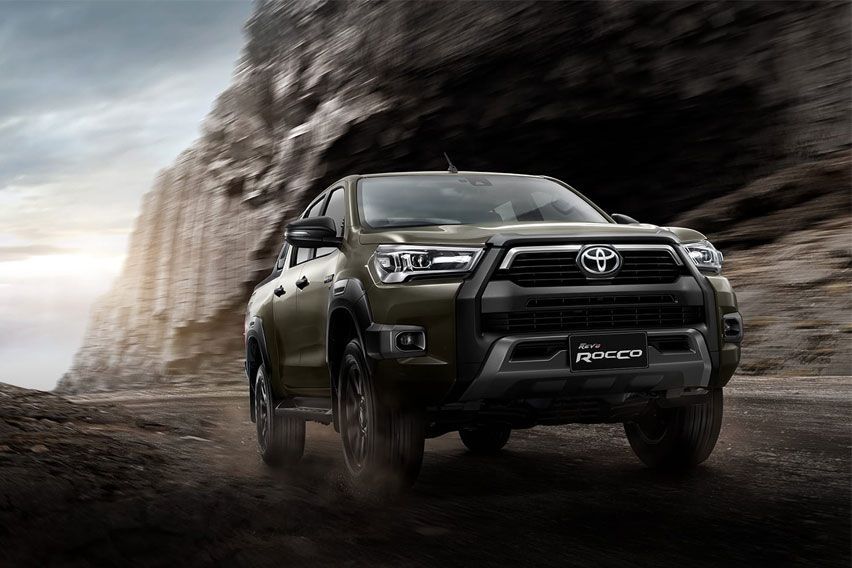 KUALA LUMPUR: After months of spy shots and speculations, the new 2021 Toyota Hilux has finally made an official debut with subtle exterior and interior modifications as well as some mechanical updates. The facelifted Hilux is revealed in Thailand, where it is built for the ASEAN and Australian markets. Let’s have a closer look at the revisions.

The revamped Hilux features a newly-shaped large grille that has a chrome frame and new headlight clusters. It has a redesigned front bumper and dual-tone alloy wheels. Coming to the rear, it gets LEDs taillights with a unique light signature instead of bulb-type, which gives a fresher appearance to the pick-up.

Inside the cabin, all-new Toyota Hilux houses the latest infotainment system with Apple CarPlay and Android Auto connectivity and a digital speedometer. The rest of the cabin carries over a similar look and feel. In terms of safety appointments, an important change can be seen in the form of the Toyota Safety Sense. It features a pre-collision system, lane departure alert, lane tracing assist, road sign assist, and dynamic radar cruise control.

Under the bonnet, the 2021 Hilux gets a more powerful 2.8-litre diesel engine as previously teased. The engine produces 201 PS of maximum power and 500 Nm of torque. The said torque level is accessible as early as 1,600 rpm, which puts it in line with the other strong players in the segment such as Ford Ranger.

Coming to the 2.4-litre diesel mill, the output levels of the engine are the same, though Toyota reduced the idling rpm to increase traction and better fuel economy. The automaker has also worked on the suspension as it gets revised shock absorber tuning with new bushings and a revised leaf spring design.

The long-running pick-up truck is available in three body styles - single, extra, and double cabs in either pick-up or cab-chassis configuration.

Regarding the price of the new Hilux and its availability in other markets, Toyota has not disclosed anything yet. However, in Malaysia, we can expect its arrival by the end of this year.