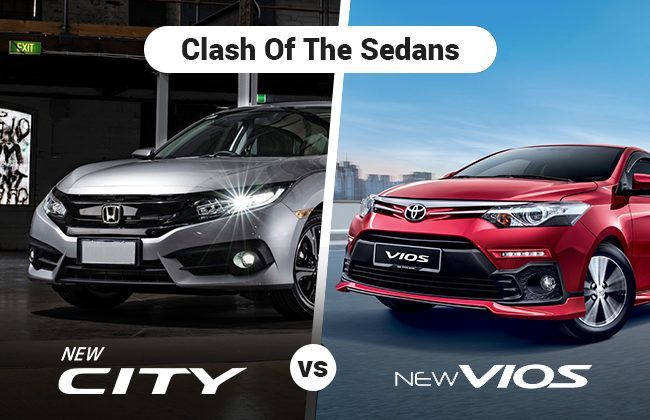 The Honda City and Toyota Vios have been ruling the compact sedan segment in the Malaysian automobile market of late. Both the brands are in a neck-to-neck competition with these two models and their multiple variants.

When it comes to choosing between the two sedans as a consumer, there are a number of factors that you will have to consider. We have compared the two vehicles on some crucial factors in order to help you make an informed decision.

The exterior profile of City and Vios look quite similar. Both cars feature LED headlamps with Daytime Running lights, LED tail lights, and shark fin antenna. The daytime running lights of  Vios, however, are a lot more stylish and will not go unnoticed.

Coming to the interior, the City beats Vios with its large legroom and boot space. The center console of City is more tilted towards the driver, whereas, Vios comes with a floating design. Equipped with advanced features such as three oval-shaped meters along with a brushed silver trim around the dashboard, Honda City takes the cabin glory between the two sedans.

The Toyota Vios mill adheres to the EEV requirement which effectively lowers the fuel consumption of the vehicle. The Honda City is also very fuel efficient and delivers a mileage of about 17.5 kmpl. The Toyota Vios comes with a 4-speed automatic gear-box, whereas, the Honda City gets a CVT gearbox.

The cars from Toyota are more inclined towards increasing road comfort than handling, and thus, the level of noise and vibration is lower in Vios than City. However, when it comes to handling, the Honda City is better than Vios. Vios is not that stable when it comes to motoring it on highways, mainly because of the extra body roll on corners.

The Toyota Vios comes with two airbags and Anti-Lock Braking System (ABS) along with Toyota Premium Security Solar Firm across all its variants. On the other hand, safety features in the Honda City are far more upgraded, especially, when it comes to its two range-topping variants.

The base variant of the Honda City comes with two standard airbags along with an Anti-Lock Braking System. As you move to the higher variants, you will find features like Vehicle Stability Assist (VSA), Hill Start Assist (HSA), Emergency Stop Signal, six airbags and a 5-star ASEAN NCAP rating.

Overall, the City looks like a better option mainly because of the price difference in the high-end variants. Honda City is also blessed with a bigger boot space. The ease of handling and added safety features also help in tilting the pendulum towards Honda City. 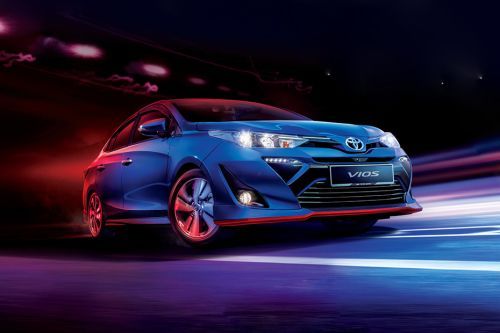