Performance? The enthusiast seeks it in everything. Be it the latest phone, battery or even vehicle. If you are on a tight budget and can’t buy anything more than a hatchback, there are quite a few options available. These include the Volkswagen Golf, Ford Focus, Mazda 3 and the new Honda Civic Type R. These hatchbacks are not only practical but also provide for cheap thrills both on the road as well as the racetrack. These vehicles have the R moniker which suggests their performance intentions. So if you are in the market for a compact hatchback that has the budget buyer in mind but will yet satisfy their performance craving, which one will you select? Narrowing the choices down to just the Honda Civic Type R and the Volkswagen Golf R that is. We help you sort out.

Since these are performance hatchbacks, let’s cut straight to the chase then. The Honda Civic Type R is the newer of the lot. It has a 2.0-litre turbocharged 4 cylinder petrol engine that makes a numbing 310 PS of power and 400 Nm of thrust force. Honda will offer you this engine only with a 6-speed manual. So if rowing gears yourself is a kick thing for you, then this is it. Yay. If you’ve been used to using a slushbox all your driving years, then too bad. Honda doesn’t offer one with the Type R. 0-100 kmph is finished off in a scintillating 5.8 seconds whereas the top speed is just shy of 280 kmph. The claimed efficiency is 13.2 kmpl. It’s a petrol Honda and VTEC is the key here as well. However, it has more of supporting cast role here and not the main one.

The Civic Type R comes with cornering traction that helps keep the car planted while tackling fast corners. Civic also has got technology like automatic throttle blip that as the name suggests, will blip the throttle automatically an aggressive downshift is executed. Basically, it brings the engine back to the meat of the powerband. Honda also gives an option of turning this off but we aren’t sure who will want to do that. No wonder, the Honda Civic Type R currently holds the record for being the fastest production car around Nurburgring. It is fast on the street as well as on the track. The latter part will easily be beat by the Focus RS but we aren’t discussing that car here today.

For the Volkswagen Golf, it always has been about lightning fast yet unreliable gearboxes. The R edition of the Volkswagen Golf is no different either. It gets a 4-cylinder 2.0-litre petrol motor that makes a bit less power than the Civic’s unit. This one too is turbocharged and the net power output is 290 PS and 380 Nm. The Golf R gets a 7-speed DSG transmission that also gets paddle shifters behind the steering wheel. Volkswagen says that the DSG takes the car to 100 kmph in a very impressive 4.8 seconds. That is a full one second before the Civic. The fuel efficiency too is higher at 14.28 kmpl. Volkswagen gives the vehicle 4Motion which is their speak for all wheel drive. There is also the adaptive chassis control as well as the driving mode selection on offer. These two ensure that the Golf stays planted while one is attacking corners. However, tests show that the Golf R is not as comfortable on the race track as it is on the streets. It makes for a very good traffic GP cars where all one has to do is beat the rest of the folks till the next light.

Of the two, it is the Civic which earns more smiles from each driver whether on the track or while picking up kids from school.

Looks to go with the show?

Yes, both have it in plenty. However, it will take a keen eye to tell that the Golf R is indeed the most dynamically astute Golf version one can buy today. There are the R logos, slightly lower stance, those fat rubber and the quad exhaust pipes that tell you about the seriousness.

The cabin though doesn’t get much except for drilled pedals as well as R logos on the seats. The Golf is pretty much tightly made and this shows in the way the materials endure over the years. There is pretty much space in the cabin for five occupants and the dual zone climate control and the touchscreen infotainment system will keep a tab on their comfort as well. Boot space too is decent.

The Civic Type R is the one to scream for attention. That wide grille, accented exterior, the biggest wing in the business, dual exhaust and those perky LED lights signify business. Did we also mention those 18-inch tyres? Just like the exterior, the interior too is equally decorated. The materials used seem of very high quality and the Civic too seems well stitched together. It can also easily be used as a first car. The ground clearance though is a tad low, a bug bear of even the sedan. While it is useful for the handling, the ride quality from the Golf is seemingly better. The Civic, one has to take it cross bodied over the bigger bumps.

The Civic’s brakes too are a notch sharper than the ones on the Golf. This is just dependent on the driver as some prefer the urgency of the Honda’s unit while other may like the progressive feedback laden VW units. Both come with a huge safety dragnet too.

Pricing is the key?

Remember, here we are on a budget. So while the Honda Civic looks very good on paper and on the road, does it have the price advantage as well? The ex-showroom price of 301,000 Ringgits look a tad on the higher side. Let’s see how is the VW Golf R priced at. It is for RM 278,888. While our choice for a fun to drive daily driver that will attack the tracks with equal gusto will be the Honda Civic, it is the VW with its RM 30k advantage that seals the deal. 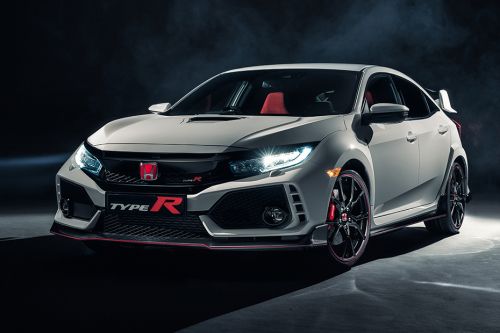 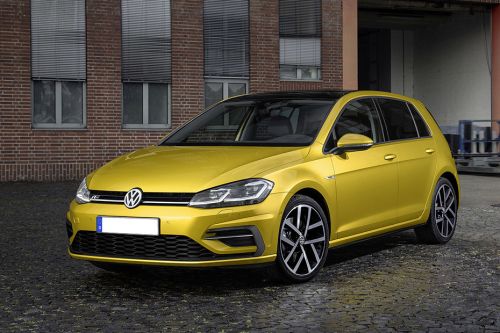