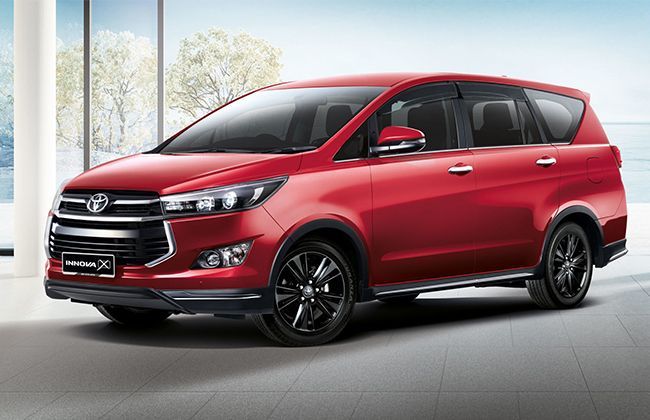 Back in the days, the MUV segment was not as populated as it is today. The vehicles under this category were indeed practical but lacked the sense of style and liveliness. Toyota decided to change people’s perception towards an MUV by introducing the Innova. It was in 2005 when the first generation Innova was launched in the Malaysian market. Ever since it has only helped the Japanese to establish a firm grip in this segment.

After witnessing an overwhelming response to the first generation of the Innova, this MUV climbed up in the priority list of the company. Over the years Toyota kept on upgrading the Innova as per the latest advancements and customer needs. Today, the Innova is in its third generation and even after over a decade of service it continues to attend a very wide spectrum of customers across the globe. However, like any other vehicle on the market, this one too has got a few positives and negatives. Here are the pros and cons of the Toyota Innova.

Like we mentioned earlier, the Innova eliminated dullness and implemented liveliness in the MUV segment. Its latest model is much mature than its first generation. Toyota has given this one a set of wide and large headlamps and a big front grille. They complement each other very well and together bring out a demanding road presence. The chrome elements in the grille add to the premiumness of the vehicle.

The high shoulder line and the stylish alloy wheels along with the subtle character line fill in the empty side view of the MUV. Moving to the rear you will find a pair of two-piece combination tail light cluster along with the rear fog lamp. The overall stance of the Innova feels very sporty for an MUV.

Since the Innova is an MUV only its stylish looks would not help it excel the segment. It had to be practical, too. And it is. The interior of the Innova is quite generous when it comes to space. Occupants in both the front and middle row of seats have got a good amount of leg and headroom. There is also an option of going with the ‘captain seats’ for the second row for more comfort. If you want to increase the luggage capacity you can do so by folding the second and last row of seats as per your liking or needs.

There are various clever practical storage areas available inside the cabin so that you do not have to worry about your stuff bouncing around on a long journey. Toyota has also improved the NVH levels to make sure that you are comfortable at all times.

There is only a single engine option available with the Innova for the Malaysian market. It is a 2.0-litre Dual VVT-I engine that has been improved by reducing its overall weight and enhancing its combustion efficiency. And since it is a Toyota engine you really do not need to worry about its reliability and durability.

This engine produces a max power of 139 PS at 5,600 revs and the peak torque of 183 Nm comes in at 4,000 revs which is good for mid-range performance. Unlike the single engine option, you do get choices in the transmission – 5-speed manual or 6-speed automatic.

We are not saying that the available 2.0-litre engine is a let-down; it is just the fact that another engine option would have been better. It would give the customers the authority to pick between the available options.

The tail light cluster of the Innova still has the conventional bulbs for illumination. The Innova has so many features that you would not find in such an MUV and are available in more expensive models, then why skim on the LED lights. We would love to see LED tail lights in the next iteration of the Innova.

No Android Auto or Apple CarPlay

The 8-inch touchscreen infotainment system in the Innova is pretty good and offers features like a tuner, MP3, DVD Player, AUX-Jack, USB, SD card slot, HDMI, Bluetooth, etc. but it lacks the latest integration of Android Auto and Apple CarPlay. The fact that these two features are going to take over the conventional infotainment systems is inevitable. So, why not include it in the package already when it is available?

The Innova has come a long way since its inception, and the way things are going we would not be surprised to see this MUV leading the segment years down the road.