Subaru may reveal the all-new Outback this year 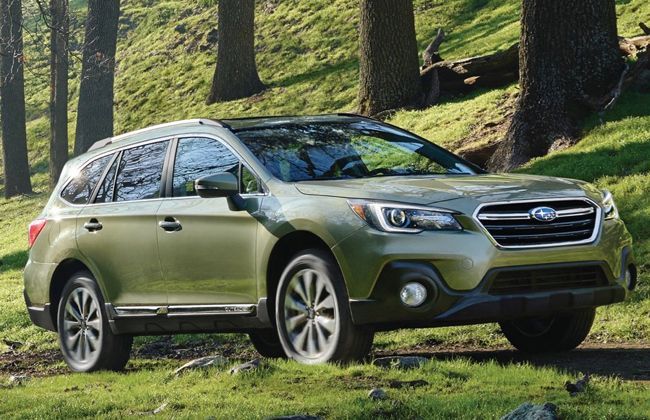 KUALA LUMPUR: According to reports from a popular source, new Subaru Outback is set to make a debut this year, following the unveiling of the seventh generation Legacy at the 2019 Chicago Auto Show. It is set to be the wagon-crossover version of the all-new Legacy and its platform and powertrains are likely to be taken from the sedan counterpart.

It is expected to be based on the Subaru Global Platform, which would make for better handling dynamics and higher rigidity. The company already has quite a few models in its lineup that are built on the same platform, including the XV, Forester, Legacy, and Impreza.

The newly debuted Legacy does not come with a 3.6-litre flat six-engine, hence, the Outback might not get it as well. Instead, it is most likely to get the FA24F 2.4-litre turbo four-cylinder and the FB25DI 2.5-litre naturally-aspirated four-cylinder engine (similar to the Legacy). Both the engine variants will get the Lineartronic CVT gearbox and Symmetrical All-Wheel Drive system as standard.

As far as the styling is concerned, the Subaru Outback could be the bulked-up wagon version of the Legacy with higher ground clearance and excessive body cladding. The wagon body model will be offering more boot space to make the interior more practical. The other bits will be taken straight from the new Legacy.

For the Malaysian market, Subaru presently sells the fifth-generation Outback, which is offered in a 2.5i-S EyeSight variant. It was launched in July 2018 and is powered by a 2.5-litre, four-cylinder petrol engine, which can make 175 PS of power and the peak torque sticks at 235 Nm. It is the first model from the manufacturer to have an EyeSight suite and driver assist system.