Top 5 cars that ruled the Malaysian roads since their launch 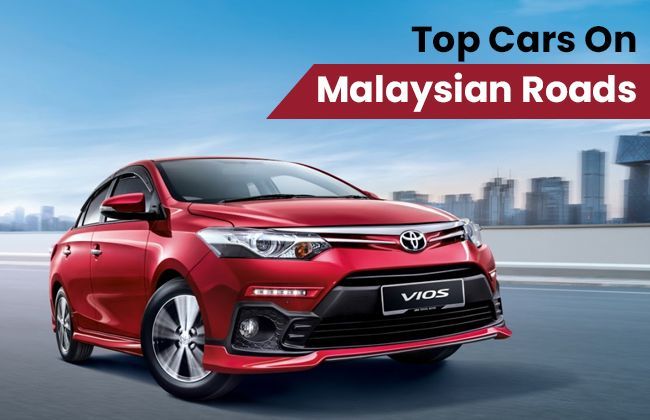 Malaysia is a diverse country both in the sense of the food platter we serve and the cars we drive. And now with our national day just around the corner, we feel it’s the right time to celebrate the diversity - as only could succeed as one when all is glued together.

Talking about the best cars to run on the Malaysian roads - they must cope with all, be it young or old, and also must be able to showcase the best and even the worst of our traits. So, when talking about diversity and cars, we thought of some iconic national cars, but the list seemed incomplete without a good car from a foreign land.

When preparing a list of top iconic Malaysia cars, how can we leave the Saga out of the list? The Proton Saga was, in fact, the first Malaysian car to ever arrive in the country. This Mitsubishi-based car touched the minds and hearts of many since its arrival. Back then its lengthy production period and bargain price tag meant that the vehicle outlasted all of its successors.

More so, the Proton Saga nameplate was the seed of the automaker’s first comeback - as the new 2008 budget model. In contrast to the carmaker’s previous style-above-all-else philosophy, the highly pragmatic approach adopted on this model made the Saga a genuine practical sedan along with a worthy rival to the entry-level Perodua models.

The all-new Proton Saga sedan continues to feature the same old touch of class and sophistication. It comes with a whole new range of features, and the mill is tuned to a conventional automatic transmission unit. All of this gives the new Saga a more straightforward driving experience that keeps the sedan closer to providing a local taste.

The next car to feature on our list is the one from the Japanese automaker, Toyota. Though many vehicles from the brand are close to our hearts, the Vios sedan is one specific option. Why? Well, that’s because, at a time when the automakers pushed the prices of foreign vehicles upward, and brands like Toyota and Honda were considered too expensive, the Vios sedan came as a fresh breath of air. Toyota with the Vios sedan entered the B-segment sedan section with its affordable, comfortable, and comfortable offering.

Back then the City was an ancient relic that was based on the old Honda Civic. And even when the car migrated to the Jazz underpinnings shortly, it was the better-looking Vios sedan that came first in the popularity contest. However, it was the second-generation model that helped the brand to enter the mainstream with a wide range of trims. And how can we forget the Vios TRD Sportivo version that made all the countrymen crazy for body kits.

One car that can be called the ‘true Malaysian icon’ along with the ‘love of the nation’ is undoubtedly the Perodua Myvi. The hatch has been a great treat for the buyers back then and had a lot to offer. Ever since the Myvi’s introduction in 2015, the car has topped the sales charts and has been delivered to more than one million customers from all walks of life. Therefore, it is likely that you have once driven or travelled in the Myvi.

Back in the days, when Perodua was busy rebadging Kei cars, the bigger Myvi felt like a fresh take with its new powerplant and funky organic design language. The Myvi was a car that an ordinary man could think of buying, and it offered a modest performance as well.

After the Vios sedan, the next best offring from Toyota for the Malaysian market came in the form of Hilux. The pickup offers a rugged and more practical body-style and on the price-point, it is far from the 4X4s models. After the Pajero, it was the Hilux that defined the segment, and soon the word ‘hailak’ became synonymous with ‘pickup’.

The 7th-gen Hilux model was an instant hit with its proven Toyota reliability, car-like curvaceous lines. One can say that it was with the Hilux that the trend of using pickups for every-day driving became common. As a testament to its ever-growing popularity is the fact that it is the most stolen vehicle in the country.

Both the Toyota Alphard and Vellfire are an essential part of our list. These Japanese leather-trimmed, rolling mansions are well-received in the local market. Unlike the other cars, these two can’t be stereotyped, and the two attract a particular type of customers. Besides they are no longer reserved for the filthy rich, as its years of existence have resulted in an army of used and reconditioned units that are available at every price point possible.

For more such stories, stay tuned with Zigwheels Malaysia.