2020 Honda City to debut in Thailand next month 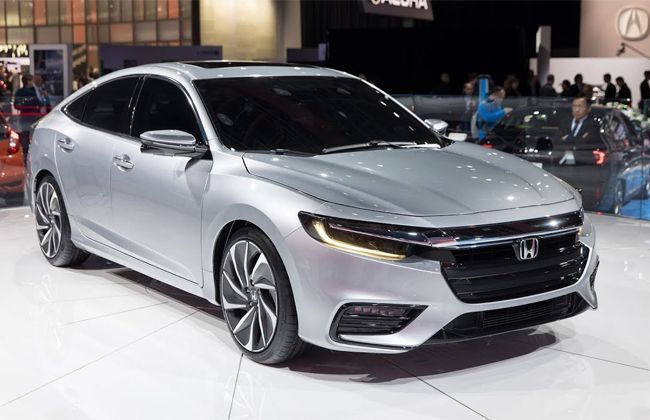 KUALA LUMPUR: According to a local publication, next-gen Honda City is all set to be launched next month in Thailand. The all-new car will replace the outgoing City, which is Malaysia’s best selling model to date. The model was launched back in the year 2014, and it was given a facelifted in 2017.

Prior to the Honda City’s launch, the next-gen Honda Jazz is also going to make its world debut at the upcoming 2019 Tokyo Motor Show, which is scheduled to start in the next week.

Reportedly, there is a significant change in the mechanical front. The all-new Honda City will be equipped with a three-cylinder 1.0-litre VTEC Turbo, which will be paired with a Continuously Variable Transmission. The engine produces 127 hp of power and 200 Nm of torque. The engine is downsized and helps 2020 Honda City comply with the country’s Phase 2 Eco Car regulations. The regulations include CO2 emissions standard, ABS/EBD/BA/VSA standard, fuel consumption rule, and more.

It is reported that apart from the downsized turbo engine, there will be a dual-motor i-MMD (Intelligent Multi-mode Drive) hybrid powertrain. This version will be available globally, but right now, there is no further information.

Except for some spy shots, there is nothing to explain the exterior and interior. Expectedly, it will have a more organic shape. However, if the spy shots are considered, 2020 Honda City will come as a five-door hatchback model and be more rounded compared to the aggressive look of the outgoing Jazz GK.

For additional details like pricing, availability, safety features, and more, we have to wait till next week. We hope to get more information at the fourth-gen Honda Jazz world debut.