2021 Update: Car launches we are looking forward to next year 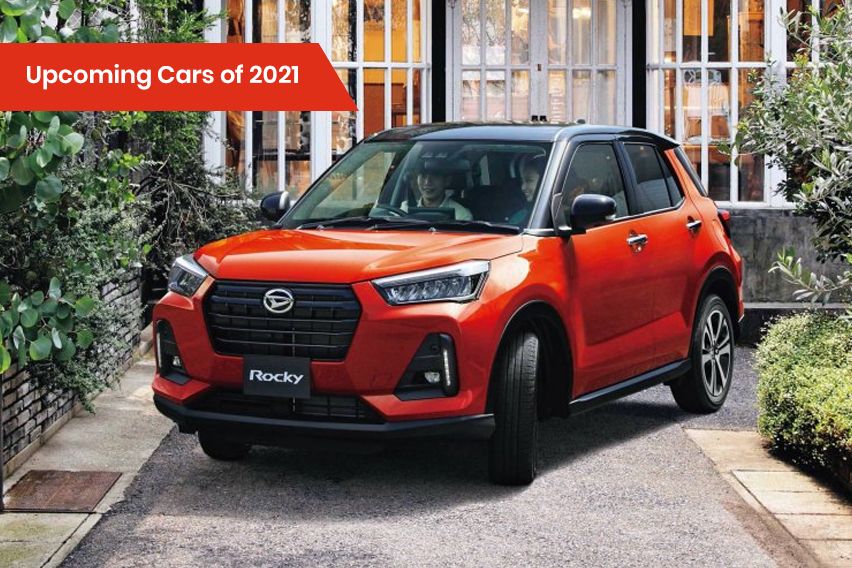 The holiday season is up, Christmas is around the corner, and we are heading towards a brand new year. Hopefully this one, i.e., 2021, would start at a positive note with the arrival of the COVID-19 vaccine, ultimately leading to the end of the pandemic.

If all goes well, we will be able to enjoy the roads again with new hope and in new cars!!

Despite the pandemic, the year 2020 saw several amazing car launches like the Toyota Vios, Toyota GR Yaris, Proton X50, Mitsubishi Xpander, to name a few. Going forward, we think 2021 would bring the same joy to the Malaysian automotive market with the arrival of great cars.

Though we don’t know it all, there are a few cars listed in the most anticipated launches for 2021. And to our surprise, these cars cover a wide spectrum of buyers. From an affordable SUV to a torquey hybrid to sporty variants of few top sellers, 2021 has it all covered.

So, let’s get started with the list of cars awaiting their launch in 2021 -

Honda Thailand recently included two new variants in its City lineup - the hybrid e:HEV version and the smaller hatchback model. The same addition is expected for the local market.

The City e:HEV is powered by a 1.5-litre Atkinson-cycle DOHC i-VTEC engine pumping out a maximum power of 98 PS and a peak torque of 127 Nm. It also benefits from the smallest version of Honda’s i-MMD system that includes a 108PS/253Nm electric motor. Honda claims it to deliver a mileage of 27.8 kmpl. It also comes with several standard features like an 8-inch infotainment display with Apple CarPlay and Android Auto, a single-zone automatic air-con system, keyless entry with remote engine start, all-around LED lighting, walk-away automatic locking, and more.

In the Thai-market, the City hatch is offered in three trim options - S+, SV, and RS, the same is expected for our market. These models share the same under the hood configuration, i.e., a 1.0-litre three-cylinder VTEC turbo engine churning a maximum power of 122 PS and a peak torque of 173 Nm. Part of its standard kit is - keyless entry & engine start, idling stop system, manual air-con system, head unit with Bluetooth, four airbags, ABS with EBD, Vehicle Stability Assist, and Hill Start Assist.

One of the most awaited car launches of 2021 includes Perodua’s SUV that’s been codenamed, the D55L. Once launched it will be Perodua’s first compact SUV and will most probably use the automaker’s DNGA platform. Since the D55L is based on Daihatsu Rocky/ Toyota Raiza, it’ll draw most of its design clues from these well-established cars. The cabin will feature a five-seat layout with decent boot space. It's expected to come equipped with a 9-inch infotainment display (most probably without Apple CarPlay and Android Auto connectivity), 7-inch MID, power-adjustable driver seat, automatic climate control, and mechanical brake.

Perodua’s upcoming SUV will get the same powerplant as its Japanese cuisines. So, a 98 PS/140 Nm 1.0-litre three-cylinder DOHC turbocharged petrol engine. Thus, making it the first Perodua to a turbo engine.

Joining the hybrid lineup here in Malaysia is the Nissan boy, the Kick e-Power. The hybrid under the hood setup includes a 126PS/260Nm 1.2-litre three-cylinder gasoline engine, an electric motor, and a small 1.57 kWh battery. While the former acts as a generator and charges the battery on the move, thus eliminating the need for an external charger. Thus, making it a relatively cleaner EV without any range anxiety. On the outside, the Kicks SUV looks relatively sportier with inclusions like a massive V-motion grille with black surrounds, sleek LED headlamps, a new bumper design, LED taillamps, and a rear skid plate integrated into the body-coloured rear bumper.

In 2021, Proton Malaysia plans to introduce R3 variants for three of its most popular models - X70, Iriz, and Persona.

These new R3 models will get cosmetic upgrades and no R3 car-like performance tuning. However, we won’t mind some R3 suspension setup in these cars. That’s all the information we have for now on Proton’s upcoming R3 models, but more information is expected to follow soon.

They all will be a great inclusion to the Malaysian auto market. Tell us what you think about these new, upcoming cars and which one will you pick if given an option.