Audi officially brings A3 Sedan and A5 Sportback to Malaysia 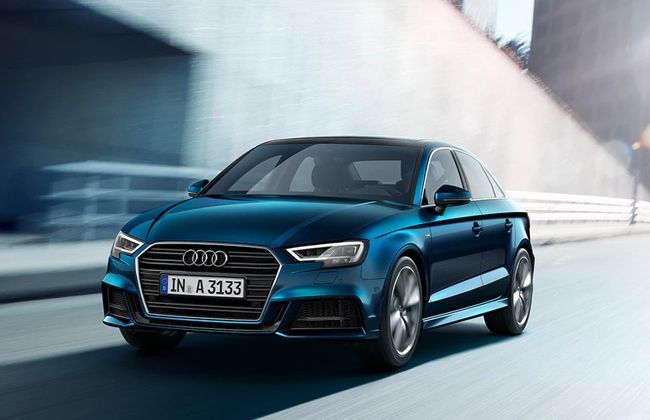 KUALA LUMPUR: Audi has officially announced the launch of A3 Sedan and A5 Sportback in Malaysia. While the former arrived in the country a month ago, while the latter was previewed at the same time.

The smallest sedan by the manufacturer, the A3 1.4 TFSI is the latest facelifted version of the model. Designing wise, it has a single-frame grille, which is now wider and sharper. Moreover, there are also reshaped LED headlamps at the anterior’s loin. The LED taillights get redesigned graphics, and the bumper is reprofiled. The Malaysian spec sedan rides on 18-inch five-double-spoke alloy wheels.

Under the hood is a 1.4-litre turbo-four mill, which can churn out a maximum power of 150 hp along with a peak torque of 250 Nm. The power is sent to the wheels via a seven-speed S Tronic dual-clutch transmission.

Inside, the sedan has an MMI Navigation plus infotainment system having a seven-inch retractable screen. It is further accompanied by a 12.3-inch Audi virtual cockpit instrument panel. There are a lot of other features too that includes powered front seats with four-way lumbar, dual-zone air-con with rear vents, leather upholstery, leather-wrapped three-spoke steering, Micrometallic silver trim, Audi drive select, keyless entry/start, and Comfort key.

On the other hand, the second-generation A5 Sportback launched in a 2.0 TFSI Quattro form. The four-door coupe rolls on the 19-inch multi-spoke alloys. It features full-LED headlights having two-pronged daytime running lights.

It is powered by a 2.0-litre turbo-four engine, which pushes out a maximum power of 252 hp along with a peak torque of 370 Nm. The engine comes mated to a seven-speed S Tronic dual-clutch transmission.

Inside the cabin, a 12.3-inch Audi virtual cockpit is accompanied with an 8.3-inch freestanding screen. The latter unit is a part of the MMI navigation plus infotainment system, which also consists MMI touch rotary controller, ahead of the gear lever. Other notable features include powered sports seats with driver’s side memory, triple-zone auto air con, adaptive dampers, powered tailgate, reverse camera, keyless entry with push start and a 10-speaker, 180-watt sound system.