2020 Toyota Harrier leaked ahead of debut 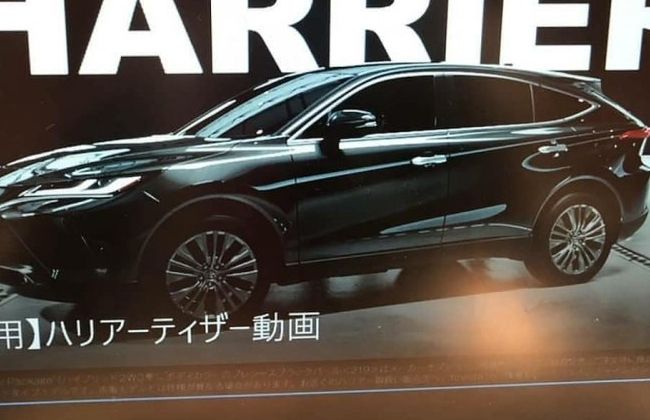 KUALA LUMPUR: In the Malaysian markets, the third-generation Toyota Harrier has been around since 2013 and in need of restoration. As per a recently leaked video circulating over the internet, the Japanese automaker seems to be on the verge of introducing the all-new fourth-generation Harrier soon.

The leaked video displays the front fascia of the new Harrier featuring a sleeker upper grille and sharper headlamps with LED day time running lights and thick chrome stripe below them. There is a redesigned bumper in the front with a large lower grille. Towards the sides, the revamped model looks bigger than the outgoing version as it comprises more fluidic design with a longer bonnet and sleeker windows. The lower height and sloping roofline extend the aggressive impression of the model. At the rear end, it gets thick taillight stripe inspired by the Lexus UX.

The fourth-gen Toyota Harrier will be based on the Toyota New Global Architecture (TNGA) platform which also supports the latest Toyota models such as Camry, RAV4, and Avalon. For the powertrain, it is expected to adopt M20A 2.0-litre direct-injected Dynamic Force mill from RAV4, generating 172 PS of power and 203 Nm of torque. It might get the hybrid powertrain from Camry Hybrid, pairing a 2.5-litre engine with a couple of electric motors, producing a total of 211 PS.

The all-new Harrier will be significantly larger than the existing version, thus it seems to house an optional third-row seating. Other important technology updations include an electrochromic sunroof that can be dimmed and a dashcam integrated into the rear-view mirror.

The official debut of 2020 Toyota Harrier in Japan is scheduled for June 17 as per the Japanese automotive portal Best Car. However, the COVID-19 pandemic situations in the world, including Japan, may hamper the showcase.