5 things you should know about the 2021 Toyota Innova facelift 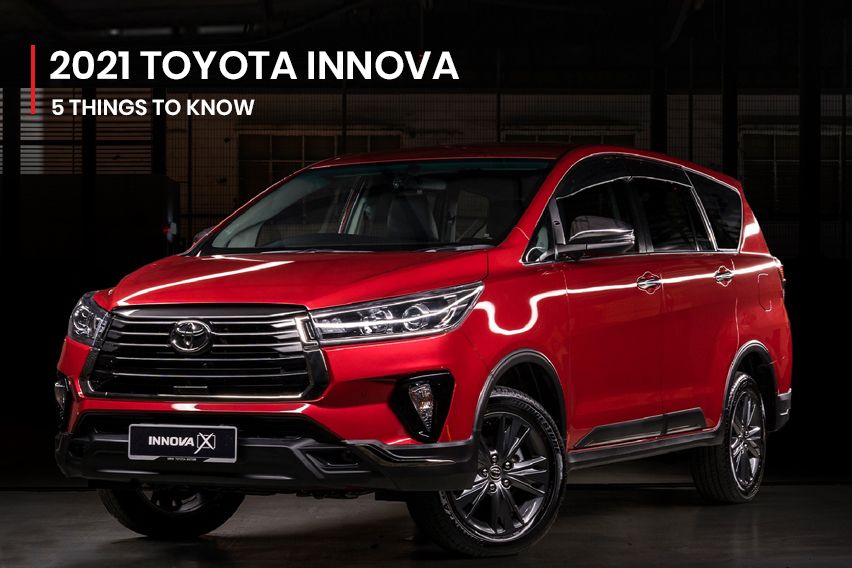 The Innova MPV is one of the best-selling models of Toyota, not only because it is a capable vehicle, but also because the carmaker keeps on upgrading it as per the changing times. Today, we are going to talk about its most recent update, which was firstly introduced in Indonesia back in October 2020 and now on its way to Malaysia.

UMW Toyota has recently teased the refreshed MPV on its official website and social media handles and shortly after that, it revealed the Innova price as well as some specifications. Also, the customers can now place the booking of new Innova, which is available in three different variants - E, G, and X. So, while we wait for the official Malaysia-spec Innova launch, here’s what you should know about the facelifted model.

It seems that Toyota has taken the term ‘facelift’ a bit literally as most of the cosmetic tweaks for the new Innova focus on the front fascia. The grille now looks a bit larger and more aggressive with wider chrome surrounding and five horizontal bars. On either side, it is flanked by new multi-array LED headlights, which look sharper than before. Also, a more angular and sportier bumper paired with new vertically stacked triangular fog lamp housing gives the Innova a fresh face.

The range-topping variant also gets new wheel arch moldings for bodywork protection and new sporty side skirts. The lightweight 17-inch alloy wheels are now finished in Dark Mica Metallic instead of black. At the rear, the roof spoiler has been redesigned for aerodynamic improvements and the garnish on the tailgate has also been updated; however, the L-shaped tail lights continue to be the same.

The interior design of the new Innova bears no major changes over the outgoing model, but it will pack a few new and updated features than before. These include:

Under the bonnet, the 2021 Toyota Innova features the same mechanical setup. That’s a 2.0-litre 1TR-FE inline four-cylinder gasoline engine producing 139 PS of power at 5,600 rpm and 183 Nm of peak torque at 4,000 rpm. The engine is mated to a six-speed torque converter automatic transmission with a sequential shifter sending power to the rear wheels.

Prioritizing safety above all, the Toyota Innova is packed with a number of active and passive features, comprising

Besides these, a Vehicle Telematics System will also be on offer that can track the vehicle’s movements using technologies like GPS and GSM. In case, the vehicle is stolen, this system helps VTS Command Centre to determine the location.

Toyota has increased the 2021 Innova price a bit in comparison to the outgoing model, which is quite justified on the grounds of updates. Check out the variant-wise price difference of the two versions in the below table.

Note: The mentioned prices are on-the-road, excluding insurance, and including ongoing SST exemption.

So that’s all we know so far about the new Innova arriving in Malaysia soon. Stay tuned with us for further updates.

Also read: Buy or Hold: Wait for the new Toyota Innova or buy the Nissan Serena?