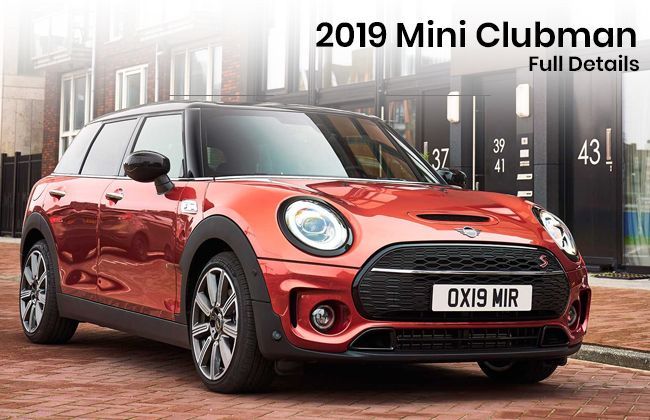 Mini is a famous brand all around the globe. Its products have designs that have been carried over across various generation of cars and still, after few alterations here and there, looks soothing to the eyes. Reminding the Malaysians of itself, Mini recently launched its 2019/facelifted variant of the Clubman. And we are here to find out what is it all about.

What are the key exterior features of the 2019 Mini Clubman?

Ans. Keeping true to its roots, the new Clubman is undoubtedly a Mini. Round headlamps, large front grille, stripes running along the body; these are all signature features of the Mini. However, there are a handful of new features that make it a better-looking car than ever before.

Following are some of its key exterior features-

Ans. Just like you know that it is a Mini by just having a glance at the car, we are pretty confident that you would be able to identify a Mini from its interior as well thanks to the use of circular elements, and of course, the much popular round-shaped centre console! There are a plethora of exclusive features that you would find only in a Mini.

For example, the 2019 Mini Clubman has ‘MINI Yours Walknappa Leather Lounge’ carbon black coloured upholstery, MINI Yours floor mats that have black piping and seam patterns in aluminium colour, MINI Yours design label on side windows, Union Jack patterned headrests and whatnot.

Some of the other interesting interior features are-

As we mentioned earlier, the new Clubman is available in 3 variants - Cooper, Cooper S, and John Cooper Works. Apart from various interior and exterior features, it is the engine specs that differentiate these trims.

The base Cooper model has a 1.5-litre Mini TwinPower Turbo engine under its hood that churns out 136 bhp of max power and 220 Nm of torque. It is powerful enough to take the Mini to a top speed of 205 km/h.

Following is the detailed engine breakdown-

Mini has a car for everyone and its new Clubman is a fine example of it. Out of three available variants, you can pick up the one as per your preferences or just go nuts with the JCW trim!