2021 Honda City Hatchback: Everything we know so far 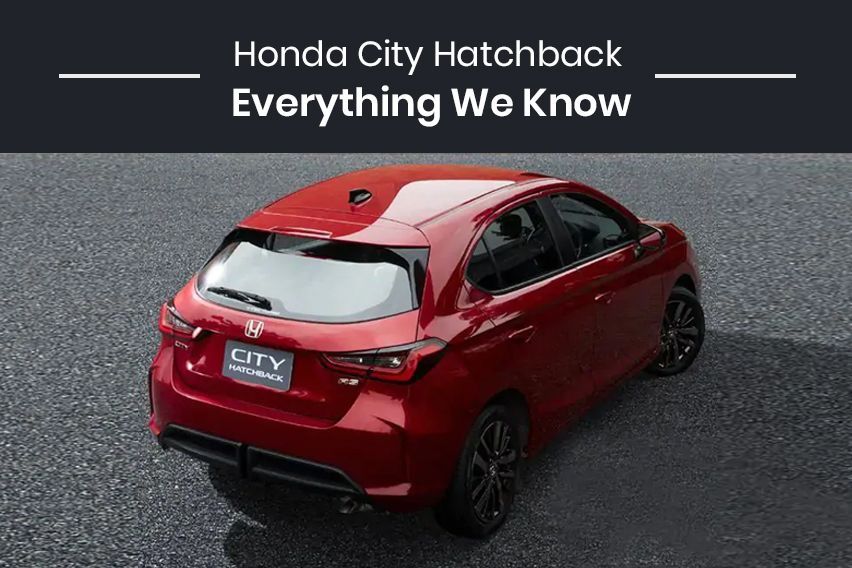 Honda introduced the hatchback version of its highest selling sedan, the City, a couple of months back in Thailand. Soon after that, the reports have started coming that the shortened City will be soon making its way to the other South-Asian countries, including Indonesia and Malaysia. This implies that Honda would be following the trend set by Toyota in the local market; the automaker has the Vios sedan as well as its hatchback form, the Yaris on offer.

The reports also suggested that the upcoming hatchback will bid farewell to the Jazz nameplate in the country, as a wider product rationalization move by Honda. Going by these reports, we expect that Honda City Hatchback will be arriving this year in Malaysia. So, here we bring all the details we know so far about the model.

In terms of exterior styling, the City Hatchback looks almost similar to the latest version of the sedan till the C-pillar and beyond that, it gets a well-incorporated hatch. It features the same front end comprising the identical grille, headlights, bonnet, and bumper. The styling continues down on the sides as well, where a character line runs above the car’s door handles and connects the front and back lighting clusters. Here, the roofline is longer to meet the roof spoiler positioned just above the boot lid with a steep rear window. Also, the hatchback has its own tail light and rear bumper design.

Inside the cabin, the hatchback looks pretty much the same as the City sedan with the appointments like a big infotainment system, multi-function steering wheel, large air vents, and a central stack with AC controls, USB port, and a small storage box. It is likely to get a number of hi-tech goodies like automatic climate control, height-adjustable driver's seat, Apple CarPlay, and Android Auto connectivity, keyless entry, and engine start, an idling stop system, cruise control, Honda Connect telematics, and a multi-angle rear-view camera.

For upholstery, Honda is likely to offer fabric, leather, or suede/fabric/leather combination options. The hatch version features Ultra seats at the rear, which not only offer more legroom for the passengers but also more flexibility in seat and luggage configurations, viz. utility, long, tall, and refresh modes.

The Thai-spec Honda City Hatchback is powered by a turbocharged 1.0-litre three-pot petrol engine capable of generating 122 PS of maximum power and 173 Nm of peak torque. For sending power to the front wheels, the turbocharged mill is paired with a CVT-type automatic transmission.

Well, for the local market, Honda is likely to bring the City Hatchback with the engine available under the bonnet of the sedan. That’s a naturally-aspirated 1.5-litre four-cylinder gasoline unit churning out 121 PS and 145 Nm. For transmission, we can expect a CVT gearbox. Besides this configuration, the CIty RS  i-MMD powertrain could also be on the offer.

Considering the fact that the City Hatchback underpins most of its structural components with the sedan, it is highly likely to get the same safety features as well. The standard bits include

The City Hatchback will be Honda’s significant launch in the Malaysian market this year, which seems to give a good run of money to the hatchbacks available in the country.