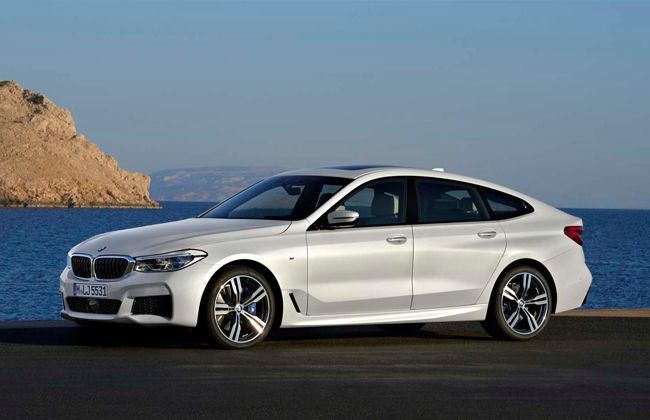 KUALA LUMPUR: BMW Malaysia has officially launched the first-ever, all-new BMW 6 Series Gran Turismo, which is meant to redefine luxury, class, comfort, space, and functionality. This is yet another locally-assembled model added to BMW Group Malaysia lineup. This clearly demonstrates the group’ expansion spree and commitment to growing operations and investments in the country.

Harald Hoelzl, the managing director and CEO of BMW Malaysia said, “The BMW 6 Series GT adds another dimension and offering to our modern luxury product portfolio. The new vehicle offers impressive functionality with a new award-winning body format and the high standards of driving comfort and spaciousness are among the features that defined the character of this distinctive vehicle type.”

Hoelzl added by saying, “The new model will introduce a breath of fresh air to the luxury executive class, as the only vehicle in its segment that offers the spaciousness of a modern Gran Turismo, the travel comfort of a luxury, class sedan, and the dynamism and aesthetic appeal that befits a large classy coupé.”

Based on the current-gen G30 5 Series, the BMW 6 Series GT is a mix of luxury offered by a sedan and the style of a coupe. The new sleeker model boasts prominent character lines, elongated proportions, and a muscled look. When compared with G30 5 Series, the 6 GT stands 59 mm taller, 34 mm wider, and 155 mm longer than the former. The wheelbase is increased to 3,070 mm.

BMW’s leading innovation technology, 'EfficientLightweight' has helped in making it robust and light. The body and chassis components have been built using aluminium and high-strength steel. As a result, weight has been significantly reduced by around 150 kg.

The front of the 6 GT signifies dominance while the sides get an elegance flair. Thanks to the long bonnet design, signature kidney grille, expressive Adaptive LED headlamps, sleek doors, air breathers, raked A-pillars, and extended window outline. The coupe-like roofline is 64 mm lower than before and merges into the rear section brilliantly. Enhancing the side profile are the dual-tone 20-inch M light alloys that are shod with run-flat tyres of sizes 245/40 and 275/35 at the front and rear respectively.

The rear gets a low-slung stance with 3D LED taillight design and an integrated spoiler, which is meant to extend at speeds over 110 kmph. Supporting aerodynamics of the model are components like Air Curtains and Air Breather that help is reducing the drag coefficient from 0.29 to 0.25.

Despite the lower roofline, headroom inside the cabin has been enhanced by seat system optimization. The electronically-operated tailgate gets a Comfort Access function - can be opened by foot. The volume of storage space it holds is massive - a total of 610 litres that can be enhanced by electrically folding down rear seats to 1,800 litres.

Inside, the 6 GT gets a 10.25-inch touchscreen infotainment system with navigation, voice, and gesture control. Additionally, there are features like iDrive with a Touch Controller, M Sport steering wheel, four-zone automatic air conditioning, and heads-up display. A metre-long two-part panoramic roof is also there for passengers to enjoy the sky view. On the entertainment front, it gets a bombastic 600W Harman Kardon Surround Sound System, which comes with 16 speakers. The dashboard gets Sensatec leather treatment in addition to Fine Wood ‘Fineline’ Ridge and chrome inserts finished in gloss.

Powering the new BMW 630i GT is a 2.0-litre, TwinPower turbocharged engine that produces a max power of 262 PS and a peak torque of 400 Nm. It is mated to an 8-speed Steptronic automatic gearbox with paddle shifters. BMW claims that it can return a fuel economy of 15.2 kmpl and travel from nought to 100 kmph in 6.3 seconds before attaining its top speed of 250 kmph.

On the suspension front, the 6 Series GT gets Dynamic Damper Control and an air-suspended unit for both axles. With air suspension at work, the ground clearance can be increased by 20 mm manually by a dedicated button inside the cabin. In the Sport mode, it automatically gets reduced by 10 mm or when the speed is over 120 kmph. This can also be done manually.