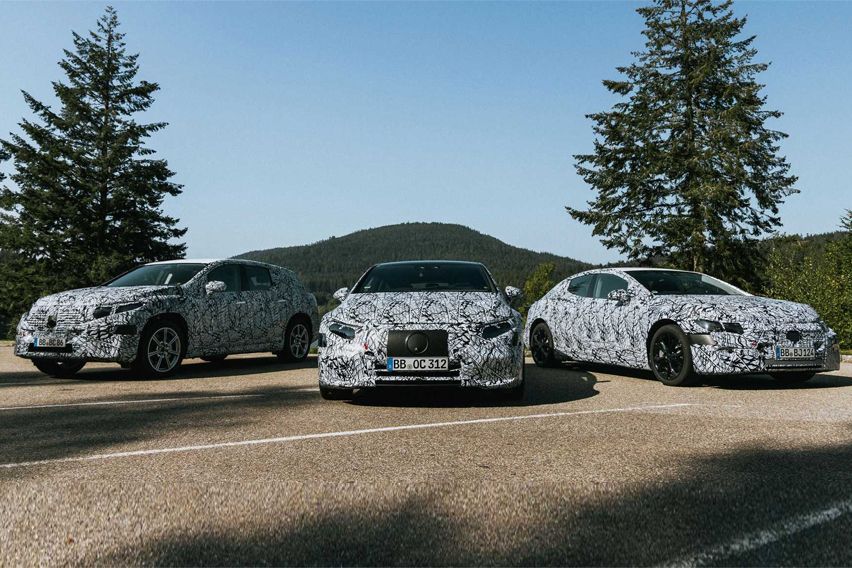 KUALA LUMPUR: Currently, Mercedes-Benz EQ electric car range consists of two models - EQC crossover and EQV people-carrier based on the GLC and V-Class, respectively. And, we know that the automaker has plans to add some more models to this list. Confirming those models, Mercedes has announced the expansion of the emerging EQ brand, the company's electric vehicle subsidiary.

The announcement was made at the brand’s 2020 Strategy Update in which the German automaker rolled out a more detailed vehicle development roadmap of the next decade. It includes confirmation that the six new EQ models - EQA, EQB, EQS, EQE, and SUV versions of EQS and EQE will be soon added to the EQ range. Five out of these have already been spotted while testing on public roads with camouflages in recent months.

Starting with the EQA and EQB, these are the fully electric siblings of the Mercedes GLA and GLB, respectively. Positioned below the already-on-sale EQC, these two models will continue to be based on the upgraded version of the A-Class architecture and will have a “progressive design” for a distinguished appearance.  The EQA is scheduled to enter production this year, followed by EQB in 2021. These compact EVs will rival the recently revealed Skoda Enyaq iV, Volkswagen ID.4, and Volvo XC40 Recharge P8.

Coming to the Mercedes EQS, it is the electric version of the firm’s pioneering luxury saloon, the S-Class. Scheduled for 2021, it will be the first EQ model based on the new electric platform.

“The EQS has already piled up far more than two million test kilometers from the heat of South Africa to the cold of Northern Sweden”, said Christoph Starzynski, Vice-President Electric Vehicle Architecture at Mercedes-Benz.

The new custom-developed architecture will also be used in the SUV variant of the EQS as well as in the EQE, which will be available in both saloon and SUV forms, as a pure electric counterpart of the E-Class and GLE SUV, respectively.

Besides these, the firm also hinted at the green iterations of the ultra-luxurious Maybach saloons, G-wagon off-roader, and AMG performance models.