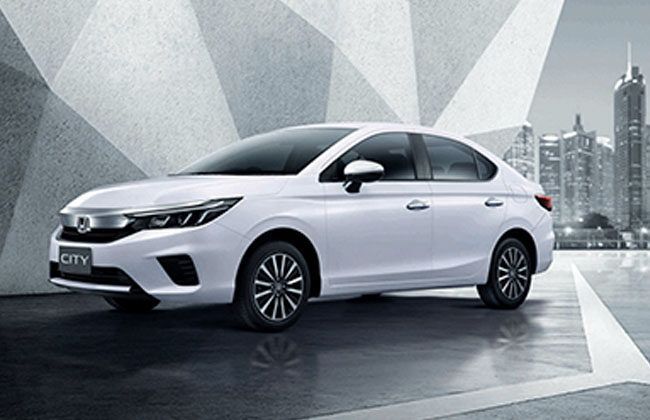 KUALA LUMPUR: We have been sharing a lot of news pertaining to cancellation of events and auto shows, from a couple of days now. In yet another disappointment, Honda Cars India has postponed its unveiling ceremony due to Coronavirus outbreak, until further notice. The fifth-generation of Honda City 2020 was scheduled for unveiling at a grand event but the Japanese automaker has pulled the plug. Owing to the government orders for not having a public gathering, the event has been called off.

While we were eagerly waiting for the images and reviews of the 2020 Honda City model, the launch event got cancelled for an indefinite period. This is not the first time an automaker had to cancel the launch event falling prey to the Coronavirus outbreak. Previously, Hyundai, Volkswagen, and BMW had to share the unveiling of their newest offerings through live streaming of videos online.

Honda City is one of the most likeable and collectable models of Honda Cars and the delay in unveiling will have a severe impact on the sales figures, globally.

Although the Japanese automaker has not revealed anything on the designing intricacies of the car, we can expect it to have some of the most prominent features of the previous generations of Honda City. Firstly, it will have three variants to choose from, the V, VX and ZX. This time, it has cut down on the SV variant, which is currently the outgoing model of the fourth generation.

Looking at the face of the car much remains unchanged as far as the front fascia and silhouette are concerned. The new model also retains the signature thick grill chrome that can be spotted on all outgoing Honda City models. As you get in the car, a very classy dashboard welcomes you with just the right number of features donning its beauty. Honda engineers decided to give the minimalistic features and styling to the interior, with obviously all the ubiquitous features.

Powertrain features seem to be very influenced by the outgoing model and the new City will also be ignited with a 1.5-litre BS6 petrol and diesel engines. However, here the petrol engine makes more power than the outgoing unit, roughly around 2 PS more than the outgoing model. The diesel motor is expected to spark around 100 PS and both the petrol and diesel engines will be offered with manual and CVT options. Torque figures have not been revealed as of now, while we can say that the new City 2020 will come with a 6-speed unit.

New Honda City 2020 is expected to be priced at RM 93,805 but lets us not anticipate when the Honda dealership would likely offer this is Malaysia, in light of the current circumstances.