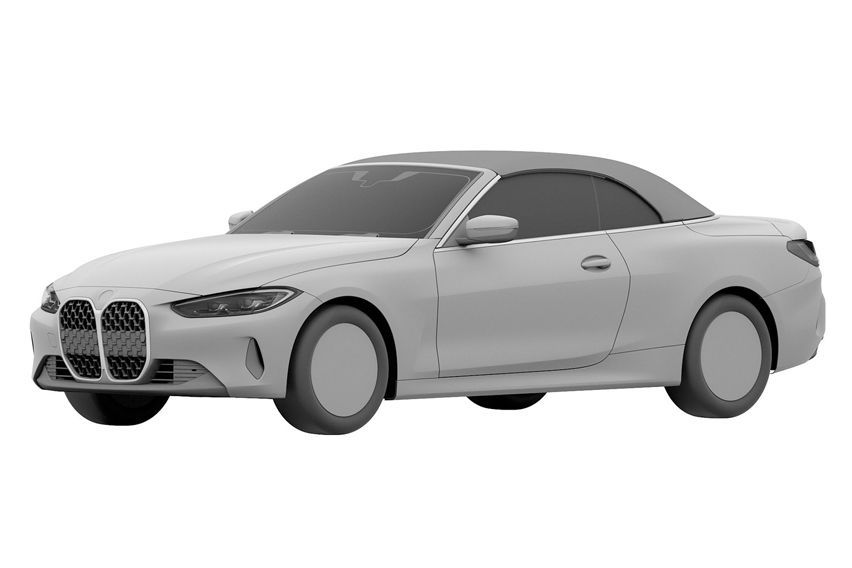 KUALA LUMPUR: Earlier in June, BMW unveiled the revamped 4-Series coupe as the first member of its restyled 4-Series family that boasts a bold new look and will spawn a battery-electric version, dubbed as i4. Once again, the model will be offered in more body styles, and one of them is a 4-Series Convertible, whose prototype has already been spotted several times with camouflages.

And now, the patent images of the upcoming drop-top 4 Series appeared on the internet, thanks to the China National Intellectual Property Administration (CNIPA), which let the cat out of the bag.

Discovered by Autoblog Greece, the leaked images are not much surprising as we have already seen the redesigned 4 Series coupe. This means that the convertible version will also feature the super-sized kidney-shaped grille, vertical air intakes, and swept back headlamps as the coupe.

In comparison with the predecessor, the significant change can be seen at the A-pillar, where it ditched the retractable hardtop and adopted a more conventional soft-top that appears more attractive and lighter. Other than this, the new 4-Series Convertible will have an angular beltline, smaller quarter glass, and a plane trunk with a third brake light merged with the spoiler.

The upcoming 4 Series Convertible is based on the Cluster Architecture (CLAR) platform that underpins BMW’s every mainstream model from the 3 Series upwards. Under the metal skin, it will be powered by the same engine range as the coupe, which means the 430i trim will equip a 2.0-litre turbocharged four-cylinder mill generating 255 horsepower and 398 Nm of peak torque. In contrast, the M440i will house a 3.0-litre turbocharged inline-six engine with 382 hp and 500 Nm. All are paired with an eight-speed automatic transmission.

Coming to the cabin, the leaked images do not reveal the interior styling of the soft-top iteration. But if we talk about the features, the convertible is likely to adopt the coupe's stuff.

The automaker has not yet announced the official reveal of the new BMW 4-Series Convertible; stay tuned with us to know more about this.