Multiple markets to get the Honda City hatchback 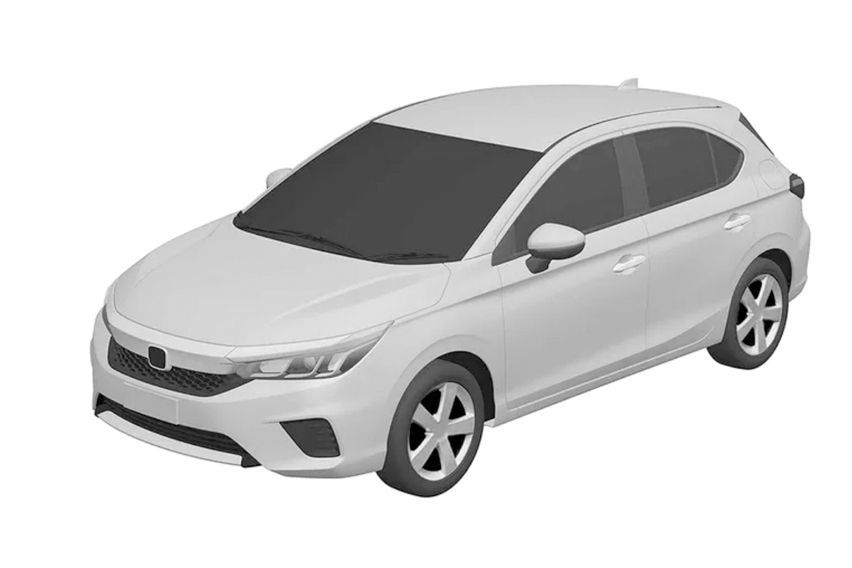 KUALA LUMPUR: Honda City is one iconic car that has been around for decades. And whenever anyone mentions it, a beautiful sedan pops-up in our minds. Well, that’s because, ever since its introduction in the Malaysian market, the model has only been available in sedan body-type. However, Honda China has a City notchback form on offer since 2016, and it goes by the name Gienia.

Now, Honda is working on the hatchback version of the 5th-gen City, which is said to go on sale in many international markets, such as Brazil, China, and potentially other South American markets.  Honda has even registered the new hatchback with the National Institute of Industrial Property. In the Chinese market, the City hatchback will most probably replace the Gienia notchback.

The patent images of the City hatchback appeared online a few months back, and the car seemed to resemble the sedan till the C-pillar, beyond that it had a hatch-like rear.  The front grille is inspired by the unit in the Accord sedan and the LED headlights will be offered with DRLs in higher variants. The rear profile features shorter overhangs, wide horizontally placed taillights, and a more rounded touch and feel- all in perfect proportion.

The interior of the City hatchback is expected to tally the new sedan in terms of design and layout. However, the company has also registered a new central panel.

Under the hood, the City hatchback is believed to house a 1.0-litre three-cyl turbo-petrol powerplant. Also, a new 1.5-litre four-cyl naturally aspirated petrol engine might be on offer.

Honda Malaysia has not announced any plans to launch the City hatchback. Meanwhile, all its dealer outlets have resumed operations in the country with several precautionary measures followed by both customers and employees. Customers with vehicle warranties expiring between March 18 and May 12 have been given an extension till June 11, 2020.