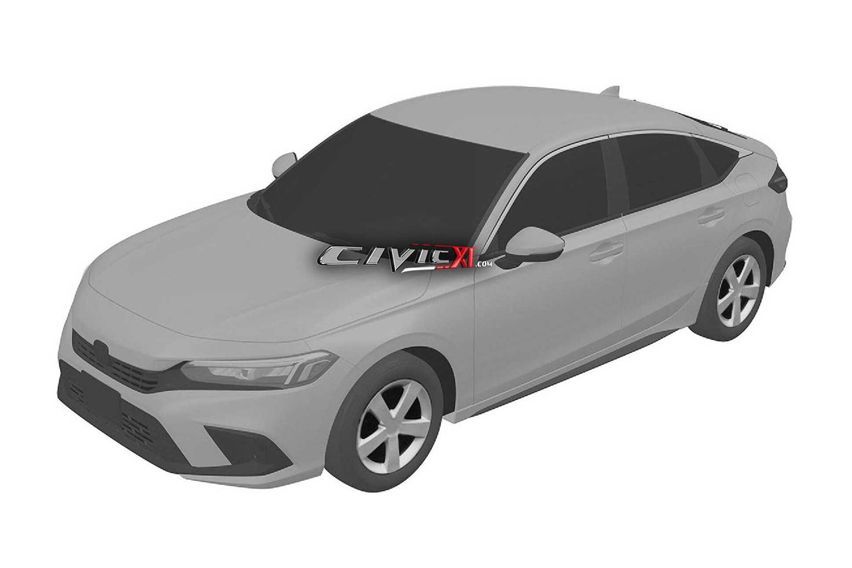 KUALA LUMPUR: A couple of months back, Honda revealed its plan of bringing the next-generation Civic in late spring 2021. At that time only, we came to know that the automaker has sedan, Si sedan, hatchback, and Type R on the list for the upcoming range.

Earlier, the spy shots of the new Civic sedan with camouflages have surfaced on the internet, but now it has been exposed undisguised for the first time. The patent images of the upcoming Civic sedan, as well as Civic hatchback, are recently leaked from IP Australia and discovered by the CivicXI and Civic11 forums. 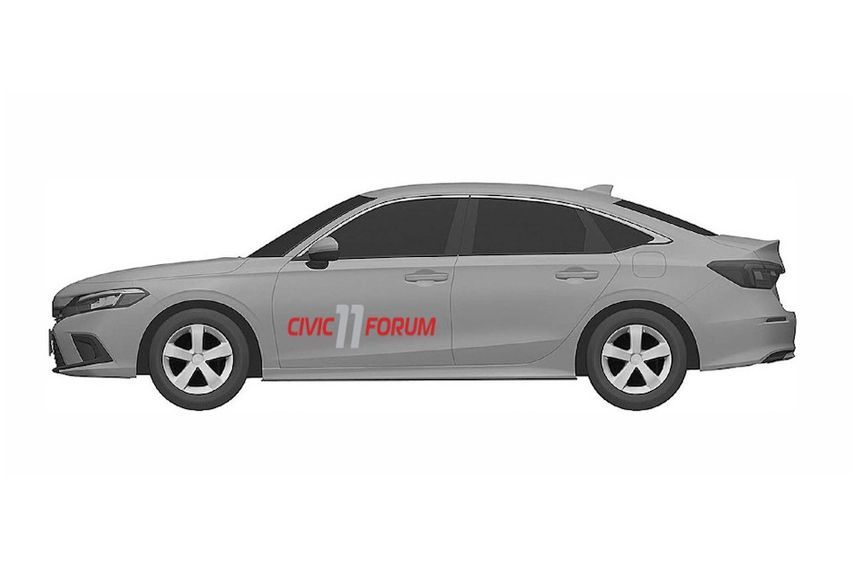 As revealed in photos, the eleventh-generation Civic sedan has a lower profile with longer proportions and stretched dimensions, although it gets a similar front end featuring the signature Solid Wing Face grille edged by redesigned headlamps. Just like the new Accord, the new Civic also gets cleaner and crisper lines. However, the new attire ditched the earlier controversial body creases, boomerang style tail lamps, bisecting chin spoiler, and oversized bumper air-intakes featured on the ongoing model. 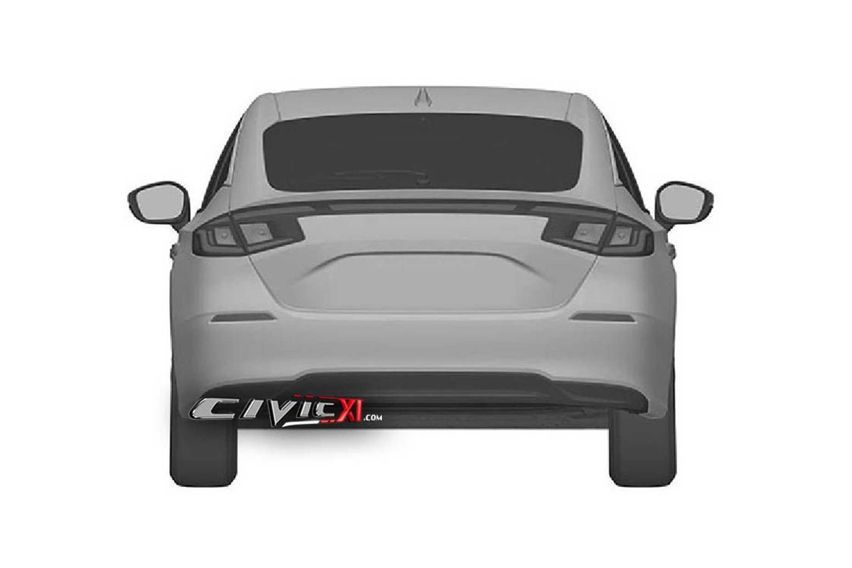 Coming to the hatchback, it gets the sedan-like front-end but a different rearward. Here also, there are new taillights with a different design incorporating a light bar connecting the two clusters. On the sides, it now comes with a sleeker roof profile. Another significant change is the departure from the split-window design as now the lower spoiler stretches across the rear glass.

Unfortunately, the leaked images just unwrapped the designing cues of the upcoming Civic range; the engine and other details are still undisclosed. However, the market expects conventional yet sophisticated engineering to again define the iconic Honda model, including a 1.5-litre four-cylinder turbo gasoline engine on the mainstream, and the MacPherson strut-style front suspension and the multi-link independent rear-end arrangement. Rumors also suggest a hybrid powertrain with an electric motor and a 2.0-litre turbocharged four-cylinder mill that could generate 400 horsepower.

The 2022 Honda Civic is also likely to be based on the ongoing platform with changes meant for more practicality. The production of the next-gen model will be shifted to North America after the closing of the Swindon factory in the UK next year.