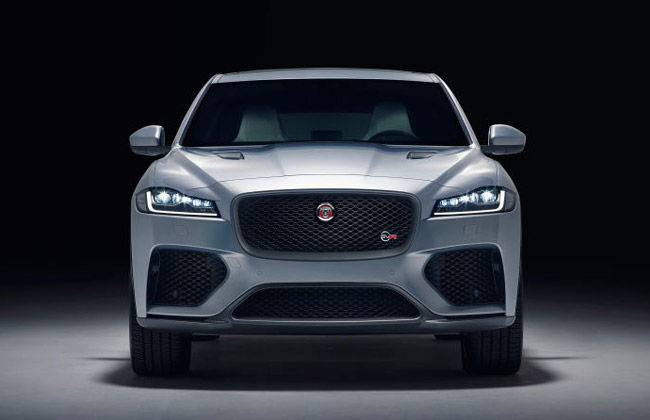 KUALA LUMPUR: It was hardly a year or two back when Jaguar introduced its first ever crossover, the F-Pace. And now, as the day shines bright, we hear that the British luxury auto brand unveiled the SVR treatment infused F-Pace at the 2018 New York Auto Show. Those of you who are not aware of the Jaguar’s SVR treatment, the said tunning enables a car to deliver optimum performance and adds aggressive styling. This comes in the form of a range of exterior, interior, chassis, and aerodynamic changes.

Concentrating on changes and SRV advancements, here is a complete list of additions the Jaguar F-Pace SVR brings along -

1. This car is powered by a 5.0-litre V8 supercharged engine that generates a maximum power of 550 PS along with peak torque of 680 Nm. The package is accompanied by a Sport Shift Selector.

2. The tuned cross is capable to touch the 100 kmph mark in 4.3 seconds and has an electronically limited top speed of 283kmph.

3. The new chassis now features progressive front and rear sings both respectively 30 and 10 percent stiffer than before.

4. Like other SVR treated cars, this one too holds many aerodynamic improvements like large front air intakes, wheel arches extensions, bonnet and side fenders vents, and underbody cladding. All this leads to high-speed stability, reduce lift, additional cooling along with giving it a low strong muscular stance.

6. The cabin hosts a bulk of updates like SVR signature and embossed performance seats and steering wheel with tactile paddle shifters.

That’s all the information on the SVR treated Jaguar F-Pace. The powerful, luxury crossover is currently being showcased in New York, and we hope Jaguar brings it soon to the ASEAN market.