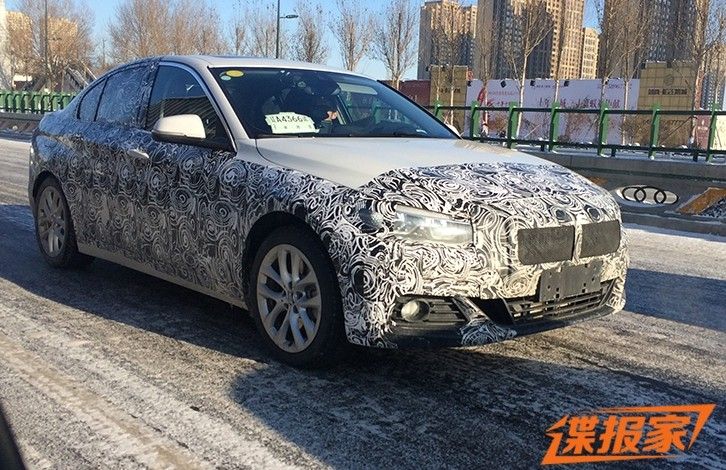 Kuala Lumpur: BMW 1 Series sedan was recently spotted with a lot of camouflages while going under test trial in China. Dubbed as F52 BMW 1 Series, it has also been sighted a number of times earlier, the recent one being in China. This car is all set to compete with the likes of Mercedes-Benz CLA and Audi A3 Sedan.

Going by the prototype, the uncovered areas of the car revealed its roof, hood and A-pillar. Moreover, a white paintwork can also be noticed on the front bonnet. The rear fascia of the car features chrome trim and taillights that look similar to the one seen on BMW 7 Series which was spied earlier. The new 1 Series also rides on a long wheelbase along with its C-Pillar sitting on top of the rear wheels and shorter than the BMW-type front overhang. Further, it is also anchored to older five twin-spoke alloy wheels.

The designing of this car is expected to be similar to the BMW Concept Compact Sedan which made a debut at the 2015 Guangzhou Auto Show. It would also feature a UKL platform which is BMW's first front-wheel drive platform and can be found on the 2 Series Active Tourer, Gran Tourer and the new X1. With this platform, this could be BMW's first sedan with front-wheel drive.

Read Also: Malaysia Gets it's First BMW i Showroom