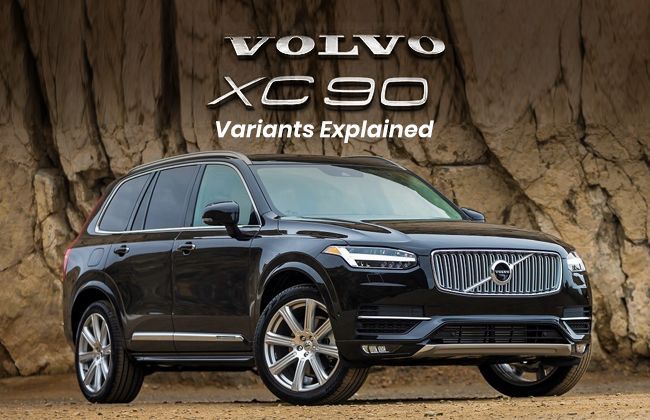 Volvo has been displaying its superiority in the luxurious SUV segment for many years now via its superb XC90. Probably, the safest SUV available in the market right now, the Volvo XC90 never failed to impress its customers or potential buyers. However, to make sure its customers are getting all the latest features that it has to offer, Volvo launched the 2020 XC90 in Malaysia last month.

The new 2020 Volvo XC90 is a facelift rather than being a major update. And, perhaps, that’s why it continues to have the same three variants as before - T5, T8 Inscription, and T8 Inscription Plus. Let’s see what these are all about.

To be honest, it is very difficult to spot any major differences among all the three 2020 Volvo XC90 variants. And since even the base T5 variant costs a bomb, Volvo hardly skimped any big features from it.

When it comes to aesthetics, the XC90 is as modern and elegant as it gets. It has a very beautiful and odd design which we find lovely.

Some of its exquisite exterior features are-

These aforementioned exterior features are common among all the three variants.

Just like the exterior, the interior of the XC90 is very much the same between its available variants. It cocoons the occupants in its luxury and provides utmost comfort. There is ample amount of space for the people to move around.

What are the interesting interior features?

Ans. Following are some of the key and interesting interior features of the Volvo XC90 -

For the 2020 model, Volvo added a new Orrefors crystal gear knob in the top-most T8 Inscription variant to remind you how privileged you are. On the other hand, in the 2020 T5 variant, we now have AC vents in the C-pillar for the 3rd-row passengers, four-zone climate control, and a cooled glovebox.

What are the seating options?

What are the engine options available with the XC90?

The other engine option is the T8 Twin Engine plug-in hybrid which, as you must have guessed by now, is responsible for powering the remaining two T8 variants. It produces 407 bhp of max power and 640 Nm of torque. And for the new 2020 model, Volvo increased the battery capacity of this hybrid engine from 10.4 kWh to 11.6 kWh which resulted in a hike in the combined power output which now is 420 bhp!

Also, due to the increased battery capacity, the XC90 can now cover 50 km on only electric power. That’s an improvement of 15% than before!

How safe is the Volvo XC90?

Ans. There is no denying the fact that Volvo really makes some of the safest vehicles. It spends an abundance amount of money in research and development of new safety features all the time.

There are many more. For the 2020 model, Volvo added a few more safety features like-

So what exactly is the major difference between the XC90’s variants?

Ans. Well, if you ask us, we said it before and we are going to say it again, all the variants of the XC90 are more or less the same. However, if you are asking one major difference among them, we would say that’ll be the engine, of course, keeping the price out of the equation!