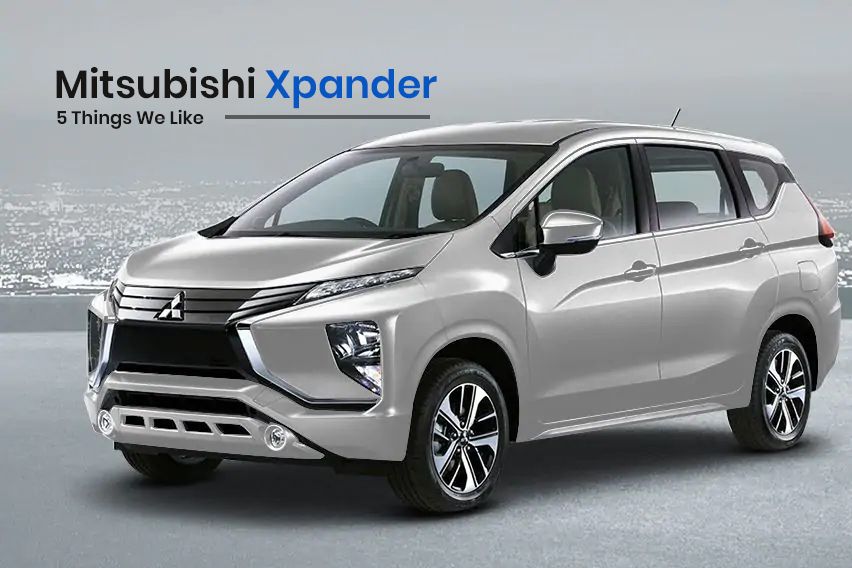 Mid-size SUVs may have been the most popular car segment these days, but it does not mean Honda BR-V, Toyota Avanza, and Perodua Aruz have lost their charm. These compact MPVs continue to woo customers with their large cabins providing better passenger comfort at a friendlier price. One more name is soon to be added in this list to prove the segment's fanfare. Yes, we are talking about Mitsubishi Xpander, whose launch is just around the corner in the country.

Also read: Buy or Hold: Should you wait for Mitsubishi Xpander or buy Perodua Aruz?

The 7-seater Xpander was first launched in Indonesia back in 2017. Later on, the MPV made its way to other ASEAN countries, including the Philippines, Thailand, and Vietnam. And finally, after a long wait, the automaker confirmed Xpander's arrival in Malaysia this year; however, the exact launch date is still not known.

The new Mitsubishi Xpander is now open for customers to register their interest at Mitsubishi Motors Malaysia's official website. The customers can also catch the teaser display of the model at Mid Valley Megamall, Centre Court from today until September 13, 2020.

Although Mitsubishi has not yet revealed much about the upcoming Xpander, here we bring the five things we like about the model taking reference from the version recently launched in the Philippines.

The exterior design of the MPV puts an edge on its namesake. Its Dynamic Shield front grille, sleek daytime running lights, and front bumper makes it aggressively modern and envibes a sporty aura. The bumper-embedded headlamps and the sporty LED tail lamps add more sophistication to its futuristic outlook. The car rides on dual-tone alloy 16-inch wheels.

The Xpander can comfortably fit in a whole family of seven adult members, thanks to a total interior space of 2840 mm. The spacious cabin also suggests better comfort on more extended travels. Mitsubishi also provides impressive storage features in the MPV, including cup holders, driver and passenger seatback pockets, and a clever undertray in the front passenger seat to store items like shoes.

Speaking about the luggage space, the Xpander can accommodate a maximum of 1,630 litres cargo when the second and third-row seats are folded.

Powering the Mitsubishi Xpander is a 1.5-litre in-line 4 DOHC, 16-valve with MIVEC engine churning out a maximum power of 105 PS at 6000 rpm and a peak torque of 141 Nm at 4000 rpm. The engine has a good power delivery, which suits the MPV's character. The refinement level is also good. For transmission, it is mated to a 4-speed automatic gearbox or a 5-speed manual that sends the power to the front wheels. Speaking about the fuel economy, the 1.5-litre unit returns an impressive mileage of 22.9 kmpl.

This MPV is packed with an infotainment system that has a large seven-inch touchscreen display with USB, AUX, Bluetooth, and MirrorLink connectivity. The Malaysian spec model is expected to have Android Auto and Apple CarPlay compatibility. The audio system has 6 speakers with 2 tweeters that can make the sound trip better than ever. Other hi-tech goodies are a 360-degree camera, GPS navigation system, push to start/stop button, and 12V power outlet in the center console.

Xpander has been one of the strongest models in the automaker's lineup. With almost three and a half years into existence, the car has reached a global cumulative sales of around 256,000 units and thus created its space in the segment. The soon arrival of the model in Malaysia is a reason for customers to excite and for the other brands to worry.

Mitsubishi Xpander Alert me when launched