Proton R3 concludes 2019 season with another victory at Sepang 1000KM 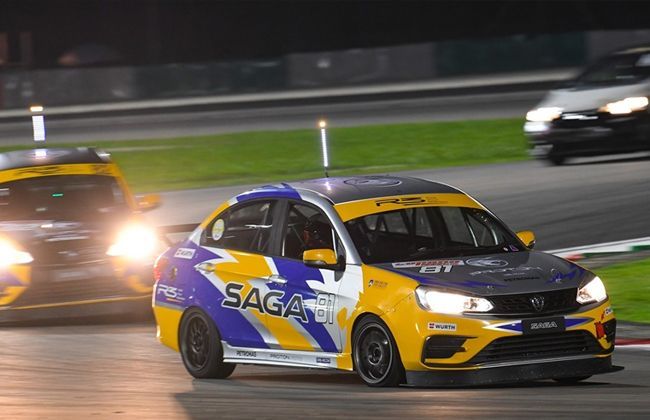 KUALA LUMPUR: Proton R3 has closed the 2019 season with another victory at the Sepang 1000KM 2019 edition. Now they have a record of three back-to-back victories at the endurance race. After nine hours of impressive racing, the #83 Proton Iriz driven by Farique Hairuman and Mitchell Cheah won the race. Though, bad weather and safety car period made the race to an end short of its predetermined target of 181 laps

The leading car manufacturer has expanded its reputation as the most strong and successful brand in the history of the popular endurance race event called Sepang 1000KM with this third back-to-back win. In addition to that, it is also brand’s sixth overall victory after Satria Neo in the year 2012, the Prevé in 2014, the Suprima S in 2016 and 2017 and the Iriz in 2018.

The third position in the podium was taken by Honda Malaysia Racing Team (HMRT) and the race car was a Honda Jazz, which was driven by Aaron Lim and Farriz Fauzy.

Moreover, the Proton R3 has overwhelmed with an extraordinary run in the MSF-R3 Ladies Racers Search, which comprised three racers named Faye Kusairi, Nurul Husna and Leona Chin in the #82 Proton Saga. They had to start the race from 26th position, and the trio was able to finish the endurance race in the seventh position.

HMRT (Hellenic Match Racing Tour) and Proton R3 were accompanied this year by another manufacturer-backed team, Toyota Gazoo Racing Malaysia, which showcased a Toyota Vios for this race. They were able to finish the endurance race in the 12th position.