Proton X50: Features that make it a smart SUV 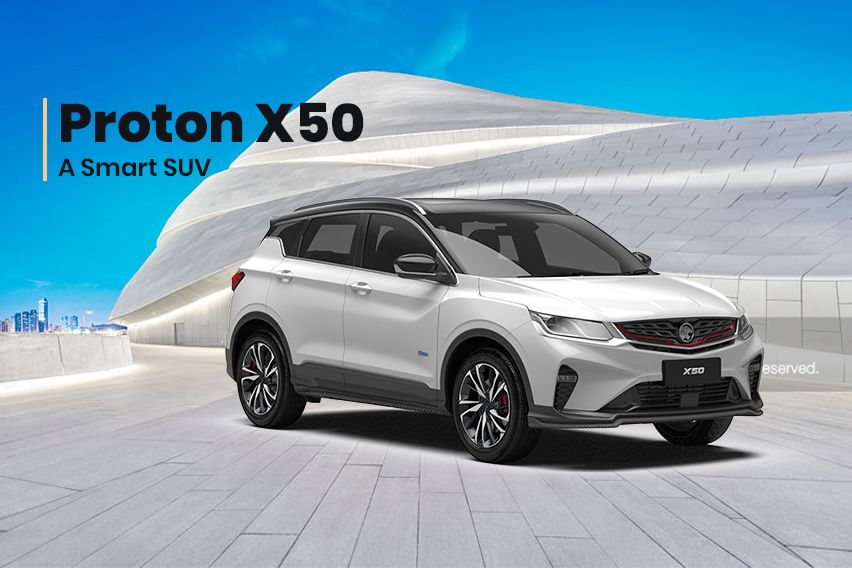 Even before it was officially named, the Proton X50 SUV was the talk of the nation, and before its launch, it begged more than 20,000 bookings. Finally, after a long wait and a series of teasers, Proton X50 banged the country’s B-segment crossover market back in September with a bunch of striking features and competitive pricing, which caught its rivals like the Honda HR-V, Mazda CX-3, off-guard.

The Proton X50 price range depends on its 4 variants:

Comparing these with the competitors, the X50 flagship variant is cheaper than the lowest-spec HR-V as well as the CX-3, priced at 108,000 and RM 126,829, respectively. However, the price is not everything when it comes to competition, and features also play a critical role. Well, on that note also, the Proton’s latest SUV does not disappoint at all as the national automaker loaded it with some really amazing features that not only help it stand out of the crowd but also make it a ‘SMART SUV’. So in today’s guide, we are going to tell you the features that make the Proton X50, a smart car.

Touted as one of the biggest plus points of the X50 is the fact that it is the only vehicle in its class that has ‘Level 2 Autonomous Driving.’ The vehicles equipped with this technology get assistance for functions like steering, braking, acceleration, and speed maintenance, however, the driver needs to keep both hands on the steering wheel to be ready to take control if required.

The enveloping cockpit of the Proton X50 houses an advanced touchscreen infotainment system, powered by the GKUI (Geely Smart Ecosystem user interface). The system is paired with voice assistant functionality that gets activated by just saying 'Hi Proton'. This function lets on-goers control several operations related to online music streaming, air-conditioning, online navigation, windows operation, as well as answers the basic queries related to weather and time. The voice recognition has been specially programmed to pick up the Malaysian accent.

The Proton X50 Flagship also has an auto-park assist, for those who find parking a difficult task. With this feature, they can take it easy and let the system do the work for them. The vehicle gives the system full and active control over the steering, throttle, brakes, and gear selection to help the driver in maneuvering into a parking space. This not only works for 3-point parking but also for parallel parking.

Proton X50 also gets revolutionary connectivity features, which include Proton Link app pairing. The owners can link their SUVs with the Proton app and can perform several functions remotely via their smartphones. These include switching on/off the lights, opening the boot, operating the windows, setting air-conditioning, and also starting the engine. This app also shows a plethora of information about the SUV, like average fuel consumption, remaining fuel, average speed, electronic parking brake status, etc.

The X50 comes packed with an N95 cabin filter which ensures clean and improved air quality at all times. It filters bacteria, dust, particulates, and other pollutants, and functions in both fresh and recirculation air-con modes. It filters up to 98 percent of PM2.5 dust particulates and 95 percent of particles >0.3 microns.

Proton X50 comes with a smart key fob that has four buttons - two to lock and unlock the SUV’s doors, one to open the boot-lid, and the lowermost to start the engine remotely, which helps in warm up the engine and cool down the cabin before entering the vehicle.

Proton's X50 also houses an automatic air-conditioning system and that too with the rear AC vents. It automatically controls the temperature, air-flow, and air distribution inside the cabin and also controls the fan speed and air circulation. AC vents for the rear passenger is another pleasant addition to the X50 specs sheet.

As the name implies, the X50 wipers automatically get to work as the rain starts. Moreover, the sensors adjust the wipers’ speed according to rainfall intensity.

Overall, we can say that the Proton X50 is a smart SUV that offers outstanding safety, total comfort, and an amazing experience to the buyers.